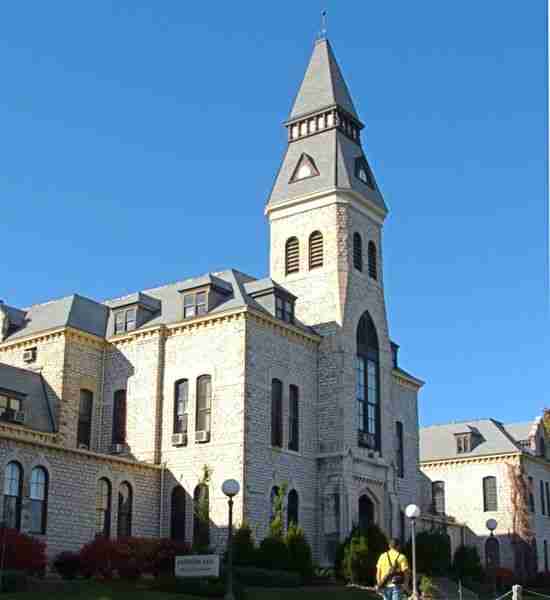 Brownback issued the challenge in his State of the State speech earlier this month and said he would award $1 million in scholarships to the first Kansas college or university to set up a program. He said he wanted to focus on high-risk and other students whose families don’t have the financial means to fund a traditional four-degree.

“My dream would be that it would be really targeted at first generation college students where their parents haven’t gone to college,” Brownback said.

The effort, inspired by programs in Texas and Florida, would focus on degrees in high-need fields such as health care, IT and education. It would create ways to earn degrees with credits earned in high school, at a community college and at a university. Brownback said he’s also open to other options colleges might devise.

Still, bringing the cost of a degree down will be difficult, and some are skeptical.

“Fifteen thousand dollars is ridiculous, and I can’t say that strong enough,” said state Rep. Barbara Ballard, a Lawrence Democrat and associate director of the University of Kansas’ Dole Institute of Politics.

Ballard said she thought she paid more than $15,000 for her bachelor’s degree in the 1970s, and prices and wages have risen significantly. She said universities already have found ways to reduce student costs, including Kansas’ tuition compact, which allows students to opt into a slightly higher tuition rate in their first year and remain locked in at that rate for four years.

Tuition and fees at Kansas average $10,489 this year, and a four-year bachelor’s degree would cost about $45,580 for a student who opted in to the university’s locked-in tuition rate. Four years of tuition and fees at Fort Hays State University would cost at least $19,534 based on today’s rates.

The Kansas Board of Regents, which coordinates efforts of the state’s 32 universities, community colleges and technical schools, and college officials will take on the issue. Regents president and CEO Blake Flanders said he couldn’t say yet whether it’s possible but the board and schools will pursue it.

Other states have created similar programs.

Dustin Weeden, a policy specialist for the National Conference of State Legislatures, said competency-based learning, which allows students to complete courses at their own pace instead of in structured semesters, could help bring down a degree’s cost.

Weeden said a student could pay for a semester but finish courses as they demonstrated competency, meaning they might be able to finish more than a traditional semester’s worth of courses at the same price as a traditional model.

The Kansas proposal comes at a time when colleges and universities are facing budget cuts. In 2012, tuition became a larger part of universities’ budgets than state aid. Senate Vice President Jeff Longbine, an Emporia Republican, said he thought that would make the low-cost tuition difficult to offer.

A former Democratic lawmaker and regent had a similar reaction.

“I find it funny for the governor who has gutted funding for higher education to now ask for a discounted price for a product that he has spent seven years not funding,” said Ed McKechnie of Pittsburg.

Students get what they pay for, McKechnie said, and a cheaper education might not have the same value as a traditional one.

Next post Healthy Habits that Can Help Boost Your Immunity