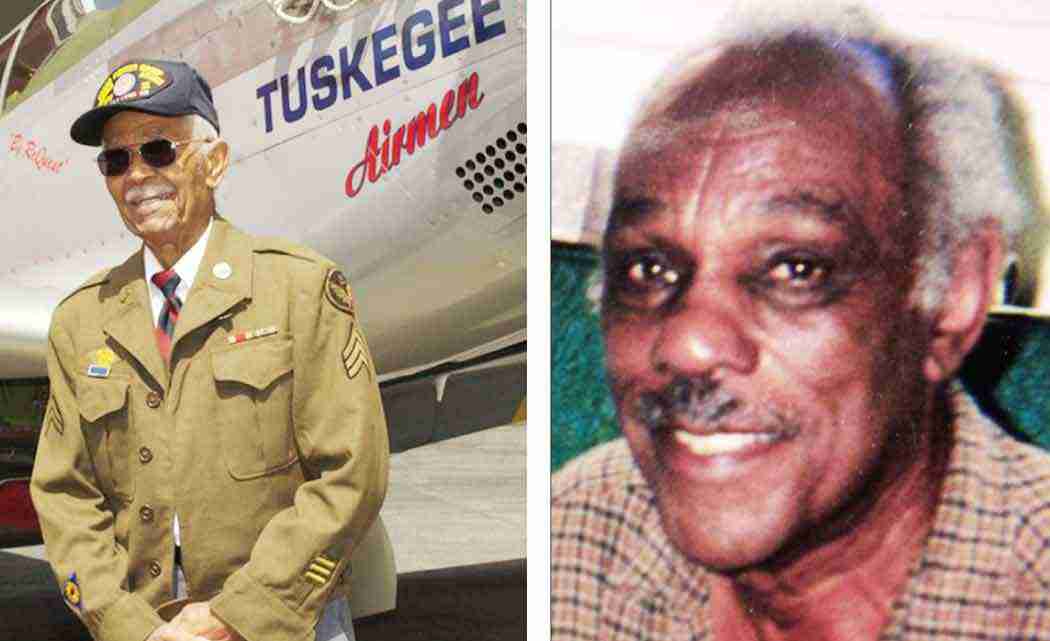 When World War II broke out, they enlisted in the Army and jumped at the chance to join the all-black group of soldiers known as the Tuskegee Airmen.

After the war, they came back home together, married their respective sweethearts and rarely let a month pass without getting together or talking by phone.

So it was ironic but perhaps not all that surprising when both died on Jan. 5 at 91.

“They were friends all the way to the end,” Huntley’s nephew, Craig Huntly, summed up in an interview Monday with The Associated Press.

“As soon as I got the word that my uncle had died,” he said, “one of the first people I began calling was Joe. And I got no answer.”

After their enlistment in 1942, both men quickly set out to be part of what was then called the Tuskegee Experiment — the formation of the U.S. military’s first all-black squadron of pilots. The group went on to take part in more than 15,000 combat missions, earning over 150 Distinguished Flying Crosses.

As Tuskegee Airmen mechanics, Huntley and Shambrey did what they could to make sure the planes stayed in the air until the mission was over.

“When a pilot would go out, he would say, ‘This is my plane. You bring my plane back, please,’”  Ron Brewington said.

Brewington, president and historian of the Los Angeles chapter of Tuskegee
Airmen Inc., said his group has only 20 members of the elite group left after the passing of Huntley and Shambrey. Most are in their 90s.

Counting pilots and ground personnel, there were perhaps as many as 19,000 Tuskegee Airmen, Brewington said, but there are no accurate figures on how many are still alive.

Craig Huntly said his uncle and Shambrey weren’t looking to be pioneers or heroes when they enlisted. They were simply serving their country in a war abroad against fascism and one at home against racism.

“At that time black servicemen were pretty much relegated to menial type work and my uncle didn’t want to do that,” Huntly said. “But he was aware of the
Tuskegee Experiment and how important it was.”

Not that it would bring a change in race relations immediately.

Years later, Shambrey would recall getting off a train in segregated Alabama where a hospitality station was welcoming returning white troops with handshakes and free coffee.

“When he and his buddies came off, dressed in their uniforms, of course they didn’t get any congratulations,” said Shambrey’s son, Tim. They even had to pay for their coffee.

By coincidence, Shambrey and Huntley were dispatched to Italy together in 1944 and came back home together.

As the years passed, neither man talked much about his military service, which isn’t unusual for Tuskegee Airmen, Brewington said.

Shambrey would throw barbeques from time to time and invite his old military buddies. As many as 150 people would attend.

Huntley’s daughter Sheila McGee said he had a ready answer when people asked about his service: “I was doing what I was supposed to do, and that was to serve my country.”

Both men served again during the Korean War, as combat engineers.

After their military years, Shambrey worked for the Los Angeles County Department of Parks and Recreation. Huntley worked as a skycap at airports in Los Angeles and Burbank, a job he held until his late 80s.