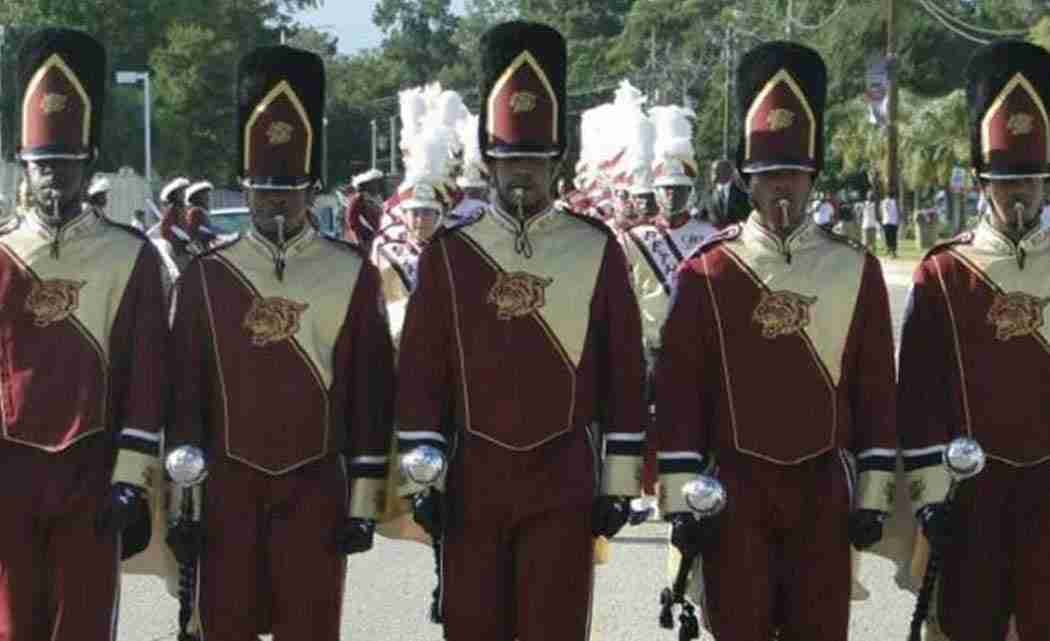 The men made a pledge to themselves and to each other that they would all wear the BCU band uniform with pride, but also, importantly, that they would achieve the actual goal of matriculating at one of Florida’s four HBCUs (Historically Black Colleges and Universities): graduating.

Owens, 25, was the head drum major in 2012 when he embraced a vision for himself and his fellow DMs. “My goal for the group was to improve the leadership on and off the field in a major way. My mentor, Mr. Earnest Hamilton, always challenged me to be great and to lead by example,” said Owens, who is now the director of bands at Carver School of the Arts in Atlanta.

Graduation rates at HBCUs have been a source of contention for years. Some graduate less than 15 percent of their students; while most HBCU graduation rates hover around the 25 to 35 percent range. According to the Journal for Blacks in Higher Education, Spelman College has the highest graduation rate (69 percent); and Texas Southern University has the lowest (12 percent). Graduation rates among HBCU athletes and members of marching bands have historically lagged behind the schools’ general population.

At Daytona Beach-based BCU, Donovan Wells and Earnest Hamilton, director of bands and auxiliary/drum major coordinator, respectively, have made it a mission to graduate as many band members as possible.

Owens agreed. “One day during our rehearsal, I sat the guys down and talked to them about the importance of education and how being a drum major is an awesome experience, but it is not a career,” Owens shared.

“I decided to make all of us promise to each other that we would be great leaders in the band as well as the classroom and make sure that we all reached our primary goal at Bethune Cookman, and that was to graduate,” he said. “Three years later that promise was fulfilled, and every single drum major on that 2012 squad graduated,” beginning with his 2012 graduation.

Crane, 24, graduated in 2014 with an education degree and has been a seventh grade teacher at Martin L. King middle school in Virginia for two years. “I’m fortunate to have a brotherhood with such prestigious gentlemen,” he said of his fellow DMs.

Phillips, 24, graduated in the spring of 2015 and the last of the group to receive degrees were Gooding-Butts, 22, and Lewis, 23, in December.

Recalling a joke made by Hamilton, who was also a BCU drum major; Gooding-Butts said Owens’ leadership and graduation spurred the rest to follow suit.

“One day during our summer training session, Mr. Hamilton was making jokes about ‘dumb majors’ and how he doesn’t have any of those under him,” referring to band members who never graduate.

That wasn’t always the case. Wells said when he became director of bands in 1996, only one member of the 300 plus member band graduated. Shifting the band’s priorities from a performance heavy schedule that caused its students to frequently miss class to one that placed academics first has resulted in the band graduating between 50 and 60 members each year.

“The goal is to graduate 100 percent,” stated Wells, who said a ‘man in the mirror’ experience prompted him to make necessary changes regarding the band’s time. “Am I doing everything that I could do to make this better for them,” he asked himself.

His introspection resulted in a significantly shorter practice schedule that afforded students more study time. “We were practicing to 10, 11o’clock at night, starting at 6 pm,” he said. “I challenged myself and my staff to develop a shorter…more focused and organized practice where we were going to get a whole lot more done in a shorter period of time.”

Hamilton’s path to graduation and becoming a member of the band’s staff, as well as the CEO of Kids House Wayne Densch Children’s Advocacy Center in Sandford, served as inspiration for his charges.

“I’m from the inner city of Miami, graduated from Miami Central before attending Bethune and becoming a drum major, then graduating,” he shared.  Of the drum majors’ accomplishments, he said, “We’re overly proud and this is a different day. All of the negative stuff we see in our community, this is something worth celebrating.”