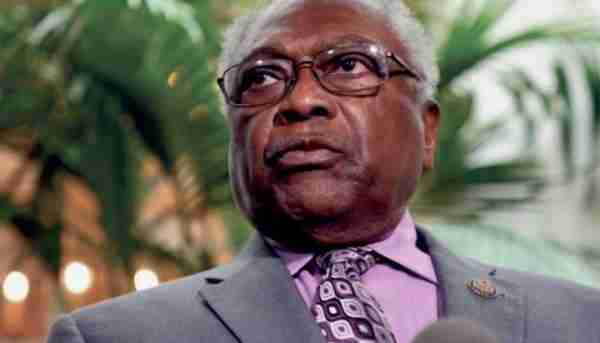 COLUMBIA, S.C. (AP) – For James Felder, the question of which presidential candidate to support in the South Carolina primary has never been terribly complicated. The 80-year-old civil rights activist has always backed Joe Biden, appreciative of the eight years he spent as the No. 2 to the ﬁrst black president. But when Felder opened a recent forum at historically black Benedict College to questions, students in the room weren’t so convinced.

J’Kobe Kelley-Mills, a junior English major, said he was torn between Biden and Bernie Sanders, the progressive Vermont senator who is now the Democratic front-runner after strong performances in the ﬁrst three primary contests. “They both have decades of political experience,” Kelley-Mills said of Biden and Sanders, adding that most of his friends were siding with the senator. “They’re going to really know how to communicate with people on the other side of the aisle in the Senate and I think that if we can get them in there, we can ﬁnally start to see the government start to move forward.”

The dynamic was a reminder that black voters aren’t unanimous in how they’re approaching the rapidly evolving Democratic contest. That’s a challenge for Biden as he seeks a commanding win in South Carolina on Saturday. After disappointing ﬁnishes in Iowa and New Hampshire, he can’t afford losing much black support here, which could leave him with a narrow victory or, even worse, in second place.

“We’re not that monolithic group that we used to be,” Felder said. “You’ve got a whole generation and a half, maybe, who don’t know Biden, don’t know what has happened in the past.”

“This generation,” Felder continued, “is more open to others, new faces, as opposed to us who knew what Biden did. We appreciated him as vice president and the fact he served (President Barack) Obama so well, but you’ve got a generation who’s coming along now who says ‘Well, that’s ﬁne, but let me hear over here, too.”’

A national Washington Post-Ipsos poll conducted in January found Sanders with an advantage among black voters under 35, even as Biden had a big lead among black Democratic voters overall. That poll was conducted before any of the primary contests began.

The generational split among African American voters in South Carolina parallels the divide seen among whites and Latinos in early contests, with Sanders polling stronger among younger voters. The challenge for Sanders will be to generate enough turnout among those younger voters, who historically turn out at rates far lower than their elders.

After a second place ﬁnish in Nevada, Biden quickly focused his campaign on South Carolina over the weekend. He told parishioners at a black church in North Charleston that the election can “rip out the roots of systemic racism” if voters help him win the Democratic nomination.

But his rivals aren’t ceding the state, sensing Biden’s vulnerabilities. Billionaire Tom Steyer has flooded the airwaves with millions of dollars of television advertising. Warren and Pete Buttigieg, the former mayor of South Bend, Indiana, will hold events across the state this week. And Sanders plans to hold at least four large rallies, which tend to attract young voters, between Wednesday and Friday.

As they decide how to vote, African Americans aren’t split cleanly along generational lines. For 71-year-old Andrea Loney, the challenge is more about sifting through a large all-white ﬁeld to ﬁnd an appealing candidate.

It’s an unusual conundrum for Loney, who, as a longtime African American activist, often works the phone during election years to urge friends to vote and give them advice on whom to support. This year, she said she can only wring her hands.

“And by that, I mean, I am looking at who is the candidate that is most likely to be able to beat Trump,” said Loney, who works as legal counsel for poor people in South Carolina.

Loney joins her family on a group chat to discuss their choices for the Democratic nomination. One of her daughters, Kwamine Gilyard, is backing Warren. “I am probably the only one who is ﬁrmly decided who I’m supporting and made that decision after the ﬁrst debate,” said Gilyard, 49, who is a school administrator. “I’m the only one who, I think, has not changed that. For me, it’s just that she’s been very consistent in her message, and keeping the focus on Trump as the person we are trying to beat, not each other.”

George Hart, a professor and faculty adviser to Benedict’s student chapter of the NAACP, said the chapter won’t endorse a candidate, but the most important criterion for black voters of all ages is backing a contender who will beat Trump. “It’s unfortunate that the ﬁeld is as it is,” he said. “I am for the strongest candidate, and the strongest candidate would be the one who can endure what’s about to come at them.”