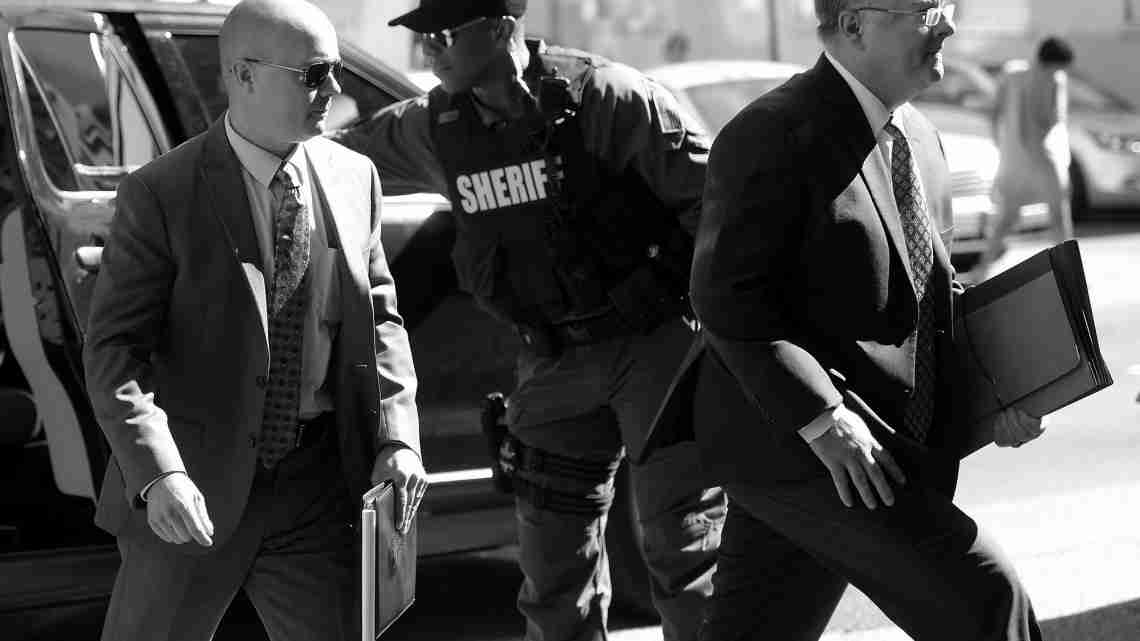 BALTIMORE – A Baltimore judge dealt the state yet another blow in the protracted and unsuccessful prosecution of six police officers charged in the death of Freddie Gray, a young black man who was injured in police custody.

Even though it was the judge’s third consecutive acquittal in the case, prosecutors seem to be willing to try the remaining three cases amid mounting pressure to call it quits.

Baltimore Circuit Judge Barry Williams found Lt. Brian Rice, who faced manslaughter, misconduct in office and reckless endangerment charges, not guilty Monday, telling prosecutors they failed to establish that Rice was aware of his duty to buckle Gray into a seat belt, and more importantly, that he deliberately breached his duty in order to put Gray in danger.

“There are a number of possibilities this court could entertain, some that are innocent and some that are not,” Williams said. “However, the burden of proof rests with the state, and the court’s imaginings do not serve as a substitute for evidence.”

Gray was arrested in April 2015 when he ran from police in a high-crime area. He was handcuffed and shackled but left unbuckled in the back of a police van and suffered a critical neck injury. Gray’s name became a rallying cry for the Black Lives Matter movement, fueling outrage nationwide over the treatment of black people by the criminal justice system and prompting the worst rioting in the city in decades.

The U.S. Justice Department launched a patterns and practice investigation into allegations of widespread abuse and unlawful arrests by the Baltimore Police Department.

Rices acquittal is the fourth consecutive blow to the states case, but the next officer remains scheduled to stand trial next week. Prosecutors have given no indication that they plan to change course.

Prosecutors and defense attorneys are barred from commenting due to a gag order.

Earlier this year, officers Edward Nero and Caesar Goodson, the van driver who was facing a murder charge, were also found not guilty. Officer William Porter’s trial ended in a hung jury in December and his retrial is scheduled for September. The last two officers have trials this month and in October.

At a news conference, Fraternal Order of Police Lodge 3 President Gene Ryan called for the remaining cases to be dismissed, calling it “malicious prosecution against the remaining three officers.”

Even Maryland Gov. Larry Hogan, a Republican, chimed in.

“My personal thinking is they should not go further”with the rest of the trials, he said after Rice’s acquittal. “It’s a waste of time and money. But that’s up to the court system to decide.”

Gray died April 19, 2015, a week after he suffered a critical spinal injury in the back of Goodson’s police wagon. Prosecutors say the officers were criminally negligent when they failed to buckle Gray into a seat belt or provide medical attention after he indicated that he wanted to go to a hospital.

With no courtroom victories, activists are focusing on protests and police department reforms. A protest Saturday that blocked the interstate through downtown resulted in more than 60 arrests. Activists said they were demonstrating in support of having civilians sit on boards that review police misconduct cases, and spending more public money on community programs instead of policing.

“I’m disgusted, as usual, and they’re sending a daily message all across the world that our lives don’t matter, and that’s sad,” said Tawanda Jones outside the courthouse Monday. She was there marking the third anniversary of her brother’s death in a separate case involving Baltimore police.

“We’re more than hashtags and body bags,” she added.

During the trial, prosecutors had said Rice was most responsible of the six officers charged for following police procedures to fasten a prisoner in a seat belt, citing his 18 years of experience on the force.

The officer’s attorney said police could use discretion, if they believe their safety is at risk. Rice attorney Michael Belsky said officers had concerns because Gray was not cooperative and they weren’t sure what onlookers would do if extra time was taken to fasten Gray in the van.

Prosecutors and defense attorneys gave different characterizations of the onlookers. Prosecutors described them as concerned observers, while Belsky said officers heard threatening comments during the arrest.

Next post Harming Glades communities not the solution to water crisis