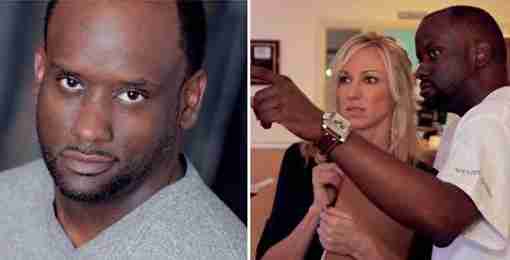 MIAMI GARDENS, Fla. – Keith Wade’s life is the stuff stories are made from; much of which is included in his new sci-fi fiction novel, “A Warrior’s Path Alpha.”

In a uniquely creative format, fans can not only read the novel; they can also watch the story unfold on the big screen. Wade, a theater professor at Florida Memorial University (FMU), director, actor and author has created what he calls “a revolutionary combination of both.”

Fans will get the chance to experience his innovative approach to literature on July 19 at 5:30 p.m. during the 15th annual South Florida Book Festival at the African American Research Library and Cultural Center, 2650 Sistrunk Blvd. in Ft. Lauderdale.

“The book is a sci-fi fiction novel, but as you read through the chapters, you will see a link on every other chapter. If you click on it, it will pop up a scene about what you’re reading,” Wade explained about “A Warrior’s Path Alpha,” an adventure that allows readers and viewers alike to experience time travel, Africa in the year 2375 and the misfortune involved when an insecure, middle-class husband and father-to-be sees too much.

“Family Matters” actress JoMarie Payton, as well as 80s pop princess Debbie Gibson, both appear in the film. Of Payton’s appearance, Wade said he met the actress when, as an 11-year old, he appeared with her in the M Ensemble’s play, “A Raisin in the Sun.”

They’ve maintained contact over the years, including when he attended college and Payton visited the campus for a production. Surprisingly, Wade recalled, she remembered him.

Gibson’s participation in the project is a result of a more surreal journey involving Wade, who is black, and his childhood infatuation with the white pop star that included him finding a way to attend her concert and making his way backstage; where he met her. He was so star struck, Wade explained, he forgot his name but managed to tell her that they would work together someday.

That someday arrived when he decided to “go for the gusto,” and reached out to her management regarding her appearing in his film.

Amazingly, the self-described “old school science fiction head,” had a violent experience in a local Pizza Hut that is included in the book and film.

“In 2012, someone tried to kill me,” he shared. “I was in a Pizza Hut dining with a couple of friends for my birthday. Going back and forth with a friend of mine, I happened to utter the phrase, ‘the devil is a liar,’ and from the other table a guy jumped over my friend, put a knife to my throat and said I shouldn’t talk about the devil.”

As the two struggled, Wade said “he grabbed the blade and he slit my hand open.

When he saw he didn’t kill me, he started stabbing down. I picked him up off me, I picked up a chair to fight him and before I could swing the chair, he was gone,” Wade said about the assailant who “ran out of the place so quickly, nobody saw him leave.”

The project also includes a 102-year-old time traveler, played by Payton, who is based on an actual “old lady” who stopped Wade on the street. “I’m going to tell you about things, you’re going to tell other people, but don’t tell them about me because they’re going to think you’re crazy,” Wade said the woman told him.

Calling his project “an amazing combination of fantasy and reality,” Wade said ultimately his foray into science fiction is for African Americans.

“A lot of us shied away from sci-fi because we didn’t see ourselves past this current day manifestation,” he explained. “I really want to create a vision for us in the future. I want to open up the concepts of literature, especially sci-fi, to all folks of color so that we can really start visualizing ourselves past our current circumstances.”