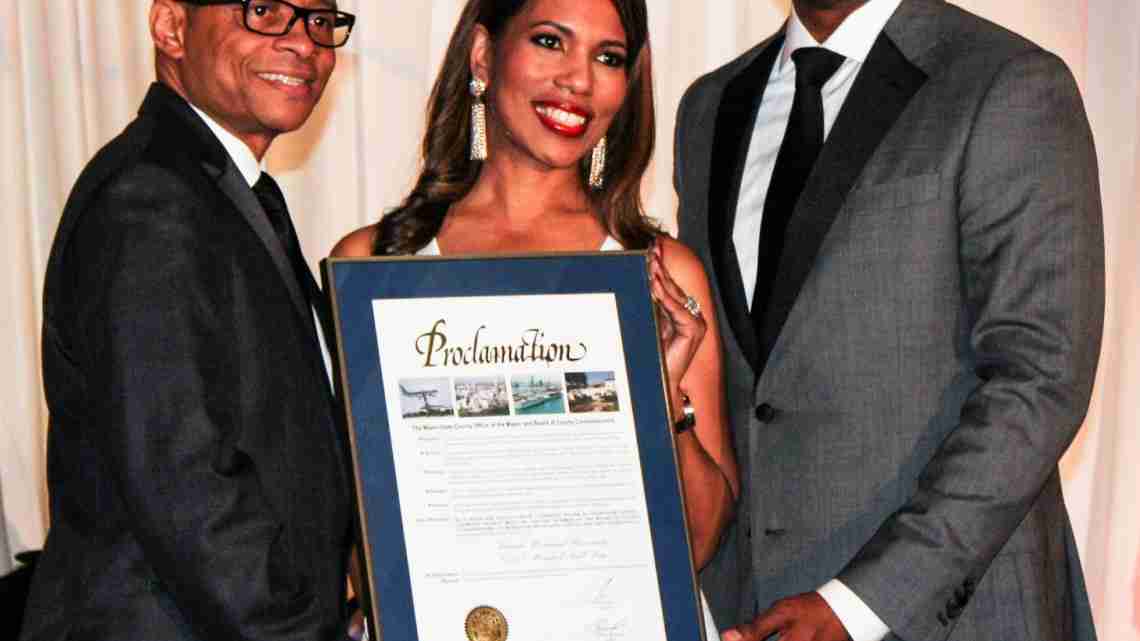 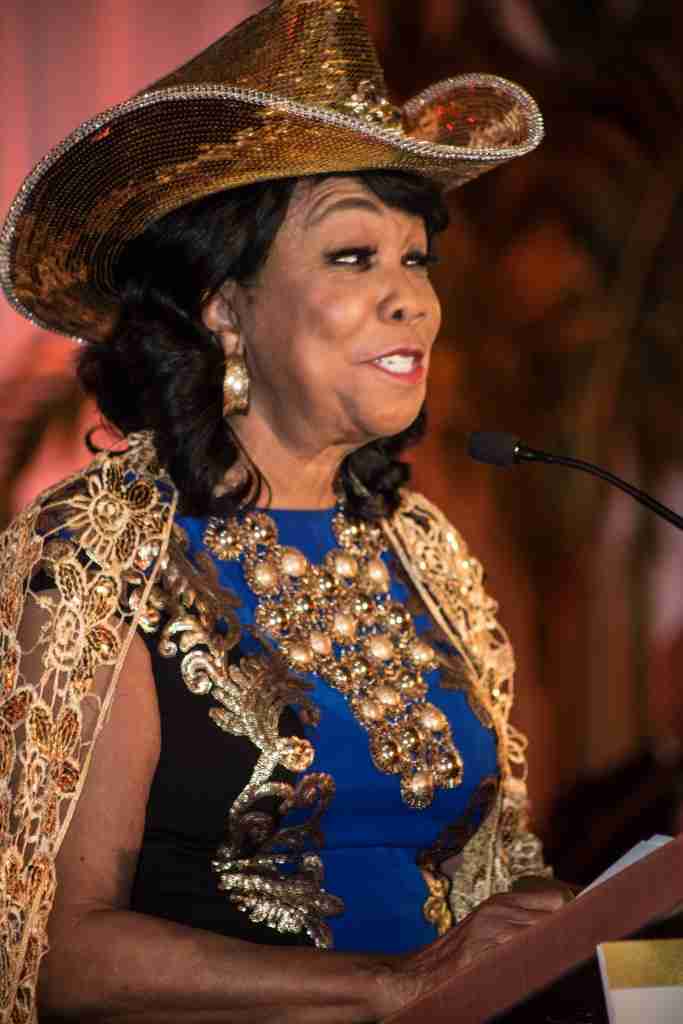 Other highlights from the evening included testimonials from FMU students who would not have been able to remain in college without the support of UNCF; recognition of FMU students who starred in and worked on the Oscar award-winning film, “Moonlight;” and a live auction with prizes like seven-day cruises from Carnival, autographed baseballs from the Marlins and stays in locations like South Africa and France.

After stating how fabulous everyone looked, Dr. Roslyn Artis, FMU’s president, thanked everyone for their support.

“I want to thank you for sharing this important evening with us. This is more than a party. It’s a party for a cause … to generate … much needed financial support for a generation of young people who will go out into the world and do great things,” Artis said. “Because you have chosen to be with us this evening, you will own a part of their success.”

Artis reminded everyone that in 2018, FMU will celebrate 50 years in South Florida, but the school itself has been around for 138 years.

Fransley Hyppolite and Stevenson Jean are two of the six FMU students who worked on “Moonlight.” Both take theater classes at FMU from Professor Keith C. Wade.

Hyppolite is a senior business major who played the bully Pizzo in the film, while Jean is a sophomore business major who served as a stand in for Trevonte Rhodes – the actor that portrays the eldest character of Black. Both said the experience was phenomenal.

“It’s definitely a new experience because I’ve never been on a movie set before and I definitely didn’t expect the movie to blow up this big, but it’s crazy that it did. When I saw it win the Oscar, I was ecstatic so it was definitely an unbelievable experience,” Hyppolite said.

“It was an amazing experience. It was totally different from all the sets that I’ve been on. While I was on set I could see the magic. It’s definitely a message for society to see. The film should be viewed by everyone,” Jean added. 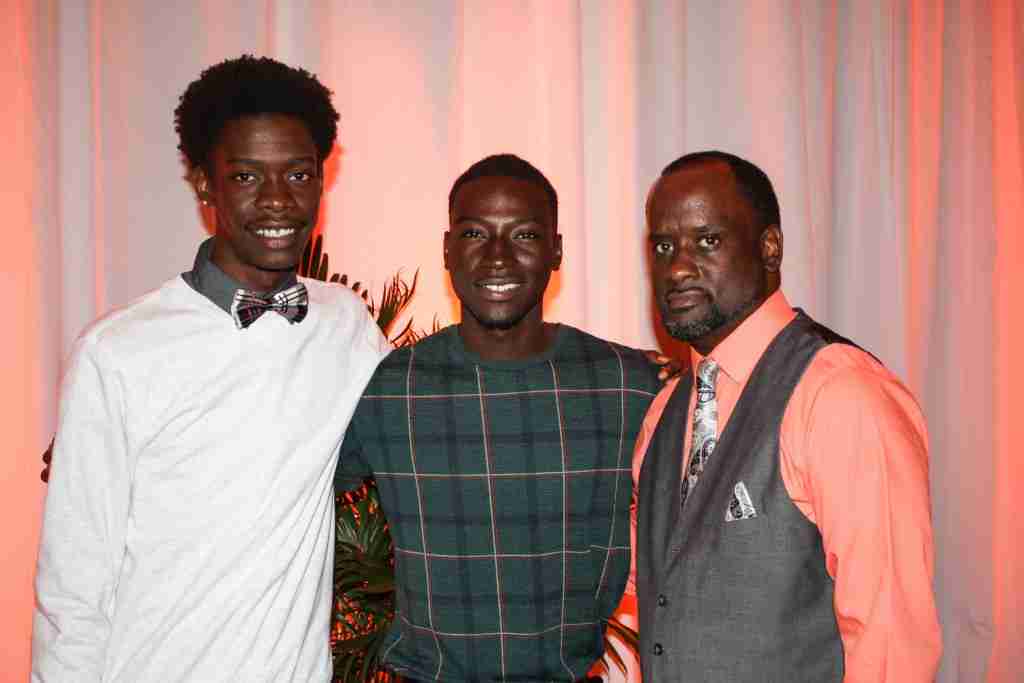 Francesca Occena, a senior biology major at FMU, shared how support from UNCF helped her complete her undergraduate education.

Being from overseas, Occena said she couldn’t qualify for financial aid and was thinking of taking a semester off, which could have become an indefinite hiatus, because she didn’t have the money to pay for her classes.

Occena, who will graduate in May and pursue a MD degree, thanked UNCF and the donors in the room for affording her the opportunity to stay in school.

“Never would I have imagined that I would be standing before you today. … If it were not for the help of UNCF … I would not be able to make my dream a reality,” Occena said. “ This scholarship pushed me and encouraged me to not give up on myself and to hold on strong to my goals. … This is all because someone had faith in me and believed in me. Let us continue investing in students. We are your future.” 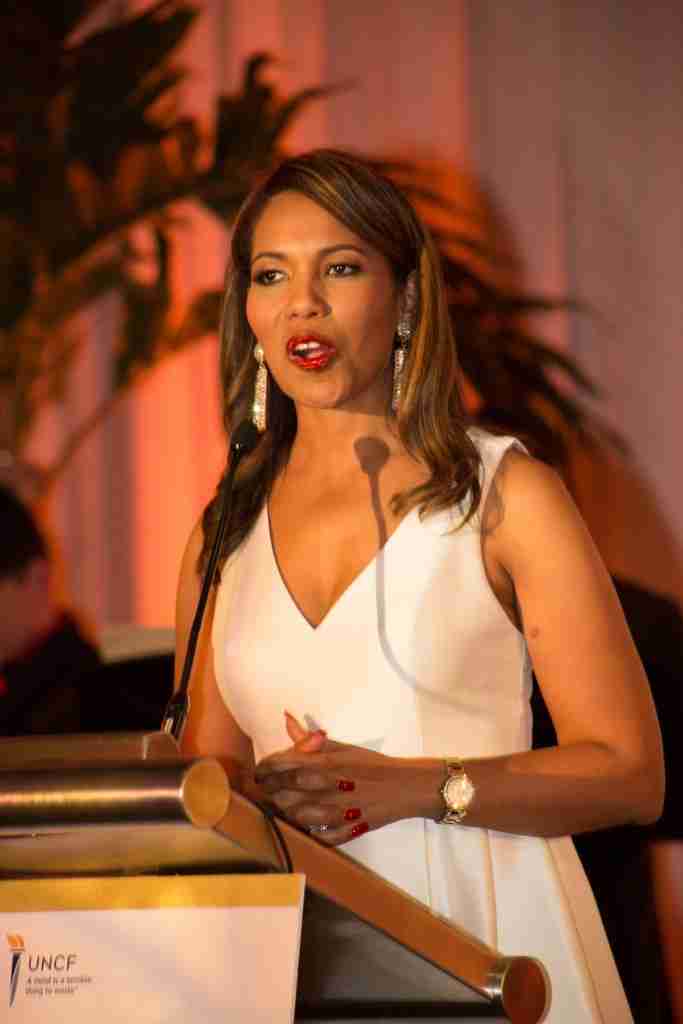 Miami-Dade County Commissioner Barbara Jordan said if people understood the value of HBCUs and how they save black youth, everyone would want to support them.

“I went to a historic black college and I know that had it not been for Morris Brown College, I wouldn’t be here today,” Jordan said. “For some kids it’s a last chance. It teaches values. It gives kids an opportunity to become independent and … also gives the camaraderie of the historical aspect of where your family came from. I want to always support organizations that help our children.”

Edith Pearson, Miami’s area director for UNCF, said the work UNCF does is so important because many of the students it supports come from low-income, single-parent homes.

“The most important thing we can do is raise money for our kids to go to college,”

Pearson said. “Kids with college degrees get good jobs and have good lives and we want to make sure they do. It makes all the difference to raise enough money to help them get through school.”

Wilson said the work of HBCUs and UNCF has transformed the lives of generations of blacks.

“We all grew up hearing the slogan, ‘A mind is a terrible thing to waste.’ When you really stop and think about it, it speaks volumes … Without HBCUs, African American children would have no heritage, no history. We would probably have no college-educated children because when I came along, that was my only option,” Wilson said. “Tonight everyone understands the value of investing in children and when you invest in them, your returns are insurmountable.”