Greek organizations party with an educational purpose in mind 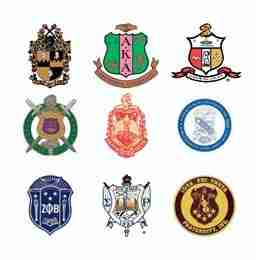 MIAMI – Over the years, black Greek organizations have become known as much for their service as their partying. From mentoring children to feeding the homeless, black sororities and fraternities play a vital role in the wellness of the black community. An organization that brings them all together is sponsoring its annual fundraiser to generate scholarships for high school students.

The Miami-Dade Chapter of the National PanHellenic Council is hosting the Miami Greek Picnic on April 30 at the Historic Virginia Key Beach. Pierrela Jean Baptiste, president of the organization, said the council “has been operating in the Miami area for 75 years. Sixty seven of those years they have awarded scholarships.”

The national group is the organizing body for the nine historically black sororities and fraternities. Miami has 19 chapters comprised of the various groups.

The organization typically awards between 13 and 15 $500 scholarships annually. Jean Baptiste, a Miami Dade Public Schools educator, has been president for a year.

“I make sure our targets for Miami- Dade chapter are met. I communicate with the community about what’s going on with the nine different organizations.”

About the event, “we welcome everyone. It’s not just for members of NPHC. This is a public event and it’s going to be a great time.”

In addition to a stroll-off competition between the sororities and fraternities, she said, “There will be food served between 1 and 2; all of it goes to support scholarships within the MDPS.”