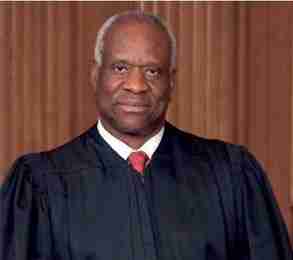 MIAMI – The U.S. Supreme Court ruled Monday that cities may sue banks under the federal anti-discrimination in housing law, but said those lawsuits must tie claims about predatory lending practices among minority customers directly to declines in property taxes.

The justices’ 5-3 ruling partly validated a novel approach by Miami and other cities to try to hold banks accountable under the federal Fair Housing Act for the wave of foreclosures during the housing crisis a decade ago.

But the court still threw out an appellate ruling in Miami’s favor and ordered a lower court to reexamine the city’s lawsuit against Wells Fargo and Bank of America to be sure that there is a direct connection between the lending practices and the city’s losses.

Miami claimed that Wells Fargo and Bank of America, as well as Citigroup, pursued a decadelong pattern of targeting African American and Hispanic borrowers for costlier and riskier loans than those offered to white customers. The loans to minority homeowners went into default more quickly as well, the city said.

Wells Fargo and Bank of America appealed the ruling by the 11th U.S. Circuit Court of Appeals to the Supreme Court, arguing that cities can’t use the Fair Housing Act to sue over reductions in tax revenues. The banks said the connection between a loan and the tax consequences is too tenuous. Citigroup did not appeal, though its lawsuit also would be affected by what the appeals court does in response to Monday’s ruling.

Justice Stephen Breyer wrote in his majority opinion a city can make claim for financial harm under the anti-discrimination housing law. But he said the second issue, tying the loans to the drop in tax revenues, is more difficult. Breyer wrote that there must be “some direct relation between the injury asserted and the injurious conduct alleged.”

The appeals court should decide that issue, Breyer said.

Writing in dissent, Justice Clarence Thomas said he would have given the banks what they asked for and dismissed Miami’s lawsuit. Justices Samuel Alito and Anthony Kennedy sided with Thomas.

The banks claimed that a ruling for Miami could lead to lawsuits asking for billions of dollars. The city said those fears were unjustified and pointed to similar lawsuits filed by Baltimore and Memphis, Tennessee, that were settled for less than $10 million each.

Both sides saw something to like in the outcome. “With this decision, the Supreme Court has acknowledged the crucial role of municipal governments in protecting residents’ rights. In housing and lending as in other areas, cities can and should serve as a bulwark against discrimination,” said Dennis Parker, director of the American Civil Liberties Union’s racial justice program.

Wells Fargo senior vice president Tom Goyda said the bank’s case was helped by the court’s decision. “We believe that under the stringent standards articulated by the Supreme Court, it will be very difficult for Miami or any other municipality to show the required connection between the claimed damages and unsubstantiated allegations about our lending practices, which do not reflect how we operate in the communities we serve,” Goyda said.

Next post United CEO to Congress: 'We Will Do Better'