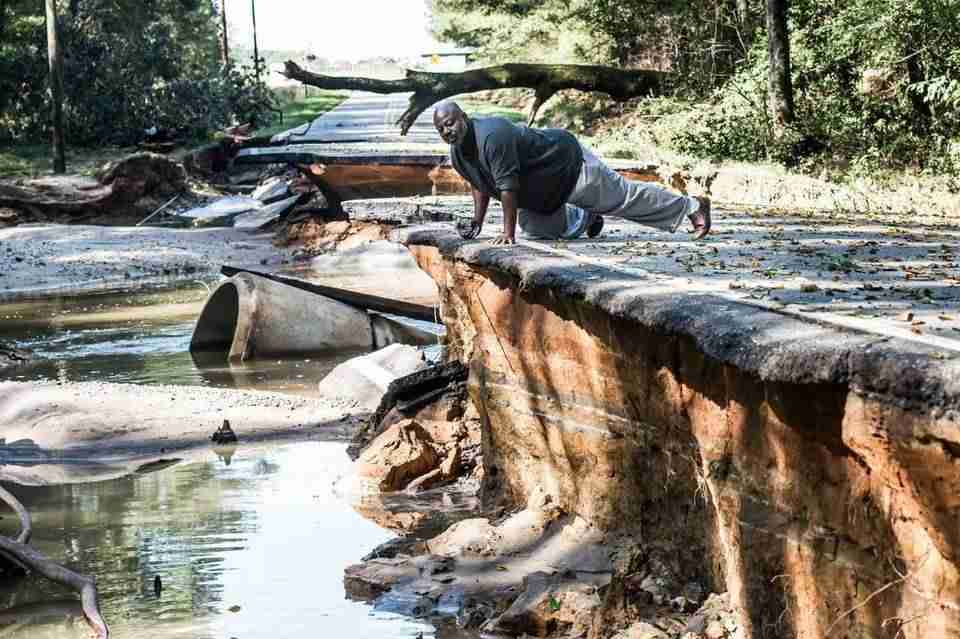 COLUMBIA, S.C. – Heavy rain returned to parts of South Carolina on Saturday as thousands continued digging out and cleaning up from last weekend’s deluge that left behind disastrous flooding. Here’s a look at developments in the still-evolving disaster:

Thunder, lightning and a couple of inches of extra rain spread across storm-torn Columbia. While smaller creeks were likely to swell again, the precipitation wasn’t expected to add to the flooding of major rivers and lakes, Gov. Nikki Haley said.

“It’s an anthill compared to what we’ve been through,” she said.

The flooding has caused 20 dams to burst and nearly 100 more are being monitored to make sure they hold, Haley said.

Saturday’s rainfall brought October’s total precipitation in the capital to 12.75 inches, breaking the previous record of 12 inches in 1959, with 21 days left in the month, the National Weather Service said.

The city had gotten 1.25 inches of rain between midnight and mid-afternoon Saturday, weather service spokesman Al Moore said, with up to 2 inches in the western Piedmont. More showers were expected overnight, he said.

Debra Prior left her home outside Georgetown with the help of an amphibious vehicle after the roads around her became impassable. She said it was hard to see her neighborhood emptying out.

“These are people that you have grown up with and they have been here for years. And we have never experienced anything like this in our life,” she said.

The worst of the coastal area’s flooding appeared to be over after the Black River crested overnight and water levels dropped 5 inches, Georgetown County spokeswoman Jackie Broach said Saturday. The nearby Waccamaw River crested Friday and began to recede.

About 13 miles of Interstate 95, one of the East Coast’s main highways linking Maine to Florida, remained closed, forcing long-distance travelers to take a 168-mile detour through Columbia.

The problem is with about 18 small bridges over the Black and Pocotaligo rivers and surrounding swampland in Clarendon County, state Transportation Secretary Christy Hall said. A contractor was expected to start work Saturday shoring up washed-out foundations under some of the bridges, Hall said.

There was no estimate when the stretch of interstate, which normally carries an average of 30,000 vehicles a day, could reopen. In the meantime, travelers who would normally drive 74 miles between Interstate 26 to Interstate 20 must take a 168-mile detour.