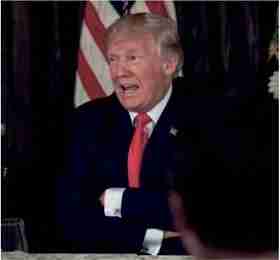 WASHINGTON (AP) – Twitter cited President Donald Trump’s “newsworthiness” and the public interest as reasons why it declined to remove a tweet that added to the fiery rhetoric between the United States and North Korea.

Trump tweeted Saturday: “Just heard Foreign Minister of North Korea speak at U.N. If he echoes thoughts of Little Rocket Man, they won’t be around much longer!” On Monday, North Korea’s top diplomat called the tweet a declaration of war. White House press secretary Sarah Huckabee Sanders responded by calling the suggestion of such a declaration “absurd.” Twitter’s rules state users “may not make threats of violence or promote violence, including threatening or promoting terrorism.” This includes direct as well as indirect threats.

The company responded to questions about why Trump’s tweet wasn’t removed Monday by posting in a series of messages on its public policy account that “newsworthiness” is one of the factors it considers in determining if a tweet breaks the platform’s rules.

“This has long been internal policy and we’ll soon update our public-facing rules to reflect it,” one message read. “We need to do better on this, and will.”

The company also stated it is “committed to transparency and keeping people informed about what’s happening in the world.”

Calls for Twitter to curtail Trump’s use of the platform are not new. The company has said in the past that it doesn’t comment on individual accounts, but it has cited the importance of hearing from leaders in order to hold people accountable.

KATY, Texas (AP) – More than 20 years before Hurricane Harvey, officials in suburban Houston were aware that a heavy storm could cause a reservoir to overflow and inundate nearby homes with water. So they issued a warning to potential home buyers. But they put the warning in an obscure place: deep in the same public land records that list street dimensions and the layout of utilities in a subdivision. Now many of the 3,000 suburban Houston homeowners who were flooded during Harvey question whether local officials did enough to caution them about the dangers of flooding from big rainstorms. “A disclosure like this shouldn’t have been buried in county records,” said Eli Magaña, who with his wife, Marcela, knew nothing of the warning or that his home was near the usually dry reservoir when they bought it less than a year ago. Last week, the Maganas were tearing out and cleaning the inside of their home, which stood in 4 feet of water for more than a week. The couple wore thick gloves and dust masks as they sprayed disinfectant on exposed wooden beams. A huge pile of debris sat on their front lawn.

Fort Bend County’s top elected official said homeowners have a right to be upset, but information about the flooding risk around the Barker Reservoir was available if they had done research. Judge Robert Hebert acknowledged that he “wouldn’t have researched to that extent” either. “Hindsight being 20/20, if I had known this was going to happen, I would have let everybody know a couple of months ago,” Hebert said.

PHILADELPHIA (AP) – Nearly 150 years after he was killed on the streets of his adopted hometown, Octavius Valentine Catto was honored by a crowd of hundreds gathered in Philadelphia on Tuesday for the unveiling of a statue in his honor.

The honor is the first such named tribute for an African-American on public land in Philadelphia and comes amid a national conversation about how and where America chooses to celebrate its heroes. The crowd cheered as a statue of Catto – which seemed to stride boldly in the direction of Broad Street in the shadow of City Hall – was revealed. V. Chapman Smith, vice president of the O.V. Catto Memorial Fund, encouraged those gathered to pursue Catto’s vision and continue to advance the ideals he stood for. “He was one of our nation’s most important citizens who worked for the good of America,” Smith said. Mayor Jim Kenney, who first learned of Catto as a city councilman and led a 15-year crusade to memorialize the activist, called him “a true American hero” who should be revered by all Philadelphians and whose legacy should be taught to all Americans. “My hope is that someday, every child in Philadelphia will know as much about Octavius Valentine Catto as they do about Benjamin Franklin, George Washington and Martin Luther King,” Kenney said. Born in 1839, Catto led a civil rights movement in Philadelphia a century before the nation’s fight to end segregation. The 19th-century educator and organizer fought for better education for black students, led efforts to desegregate the city’s street cars and pushed for equal voting rights — all before he was killed at age 32. His contributions to American democracy rival some of the country’s most celebrated patriots, yet his story has remained largely unknown.

WASHINGTON (AP) – Decrying what he sees as political correctness run amok on college campuses, Attorney General Jeff Sessions said Tuesday the Justice Department will ramp up its support for students who sue universities claiming their free-speech rights have been violated.

The complexity of the free-speech issue was on display as Sessions spoke to an invitationonly crowd at Georgetown University’s law school. About 200 protesters gathered outside in university-designated “free speech zones” and some students complained they were excluded from the Sessions event. But even as he lamented what he sees as a lack of tolerance for unpopular views on campus, Sessions condemned the NFL players who have been exercising their own freedom of expression by kneeling silently during the national anthem before games.

“These players, with all the assets they have, can express their political views without in effect denigrating the symbols of our nation, a nation that has provided our freedom to speak,” Sessions said during a question-and-answer period.

In declaring free speech “under attack” on college campuses, Sessions dove into an issue that has become a cause celebre for conservatives who argue their voices are being drowned out on college campuses, with speeches by right-wing figures derailed by protests and threats of violence.

Attorney General Jeff Sessions defended President Donald Trump in the growing controvery over NFL players kneeling during the national anthem saying, “it’s a big mistake to protest in that fashion.”

Demonstrations erupted this week at the University of California, Berkeley, around a planned four-day conservative event dubbed Free Speech Week, which was suddenly canceled. Sessions blamed administrators, saying they “coddle and encourage” by caving to protesters’ demands. 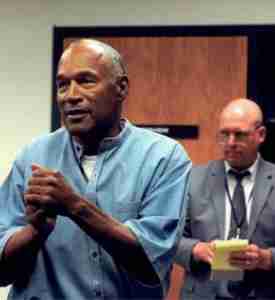 CARSON CITY, Nev. (AP) – Nevada’s parole board says it didn’t consider O.J. Simpson’s 1989 conviction for misdemeanor spousal abuse when it granted his release because it wasn’t listed in the national clearinghouse of FBI crime data.

The disclosure comes as a Nevada lawmaker proposed legislation Tuesday to require the board to consider an inmate’s domestic violence history before approving parole. The parole board said in July it wouldn’t consider a civil judgment that found Simpson liable for the 1994 killings of his ex-wife, Nicole Brown Simpson, and her friend Ronald Goldman. Simpson is expected to be released from prison in October, possibly as soon as Sunday.

WASHINGTON (AP) – When President Donald Trump tweeted on Saturday that Iran had “just test-fired” a missile, he seemed to know something the rest of the government did not. Turns out, he did not.

Iran’s Revolutionary Guard had used a military parade on Friday to display its Khoramshahr medium-range ballistic missile, which is capable of reaching Israel and much of the Middle East. That same day, video of the test firing of a Khoramshahr aired on Iranian state TV. The time or location of the test was not mentioned in the report, and it appears that the video footage was from a failed Iranian missile test earlier this year.

It’s unclear where Trump got his information, but it apparently did not come from U.S. intelligence agencies, which keep a continuous lookout for missile launches around the globe. As president, Trump could easily have checked with the CIA or other intelligence agencies to verify whether Iran had actually test-fired a missile. In his tweet he renewed his criticism of the nuclear agreement reached with Iran during the Obama administration.

“Iran just test-fired a Ballistic Missile capable of reaching Israel,” he wrote. “They are also working with North Korea. Not much of an agreement we have!”

The nuclear agreement is designed to prevent Iran from building a nuclear bomb but does not prohibit it from developing missiles. Among the three officials who said there was no Iranian missile launch last week, one said officials who work on Iran issues were caught off guard by Trump’s tweet. All three officials spoke on condition of anonymity because they were not authorized to discuss an intelligence issue.

WASHINGTON (AP) – The Trump administration will allow no more than 45,000 refugees into the United States next year, officials said Tuesday, in what would be the lowest admissions level in more than a decade.

President Donald Trump is expected to announce the cap on refugee admissions following a lengthy debate within his administration about whether to go higher or lower. The figure represents the maximum number of refugees the U.S. would be willing to accept. The actual number of refugees who move to the United States could actually be much lower. The administration had been considering a ceiling somewhere between 40,000, which the Homeland Security Department recommended, and 50,000, the State Department’s preferred level, according to officials. The new figure appears to be a compromise that Cabinet officials felt would be palatable to the president. Still, Trump’s stated hostility to accepting refugees and opposition among others in his administration mean the U.S. may not intend to fill all 45,000 slots in the 2018 fiscal year that starts Sunday. The U.S. hasn’t taken in so few refugees in a single year since 2006, when 41,223 were allowed entry. All of the officials spoke on condition of anonymity because they were not authorized to publicly discuss internal deliberations. They said no decision was final until formally announced by the president. The State Department declined to comment on potential figures ahead of a presidential announcement. Trump has until Sunday to determine how many refugees to admit. The U.S. welcomed 84,995 in fiscal year 2016, and former President Barack Obama had wanted to raise that number to 110,000 in 2017. A board spokesman says the domestic abuse case wasn’t included in a report from the National Crime Information Center.