My recent trip to Nigeria coincided with the newly elected President Mohamsadu Buhari’s efforts to put in place the new administration.  Approximately the same time as my trip, former Ambassador Walter Carrington was in Nigeria and spoke at the University of Benin and was interviewed by the Nigerian press.

He is an individual I have long admired although if my memory serves me correctly, I met only briefly. However I worked closely with his sister on affirmative action in state employment in Massachusetts.  Ambassador Carrington entered Harvard in 1948 as one of four black students on campus. He responded by forming an NAACP college chapter.  He also graduated from Harvard Law School. He served as Peace Corp Director for Africa, Ambassador to Senegal under President Carter and Nigeria under President Clinton. He was Director of Howard University’s Department of International Affairs and has taught that subject at several other universities including MIT.  He served as Vice President of the Africa American Institute.

Among his many honors was being a MacArthur Fellow. His wife is a distinguished physician and a Nigerian.  On his recent visit he stated that “a resurgent Nigeria could shift the whole continent from the margins of world affairs towards the center. He further said that he was optimistic that even at his advanced age he would live to see “Nigeria become that great black country that all the world will pay tribute to and want to emulate.”  With regard to President Buhari, he stated, “I feel confident that in President Buhari , you have a leader that is honest, dedicated and tough enough to turn this country around.”   One article lead had the former Ambassador saying  that Nigeria in the President Buhari era will rekindle hope for the “black race.”

In my recent visit I was in the heart of the South-South political area, which was the stronghold of the former President Goodluck Johathan, the only president ever from this region.  During his tenure ,he negotiated peace with the armed militant groups who controlled the mangrove creeks and opposed the tremendous damage the oil industry has caused for the local people in terms of impacts on fishing, agriculture and health while the wealth from the oil went elsewhere.  (Unfortunately as so often happens in these situations, some of the people remain outside the agreement and continue to survive by activities such as kidnapping.)

The security was everywhere; those of us who were invited scientists were regularly driven with accompanying military.  When Mable and I were in that region two years ago, we traveled in a university van with curtains so no one could see the passengers.  With the exception a few officials from the capital, the conference attendees were from the Niger Delta or South-South region.

At the time of the election there was considerable fear that the results would not be accepted, and if the winner was not President Jonathan, the former rebels would “take to the creeks” again and disrupt the flow of oil on which the country’s economy depends.   However upon losing, President Jonatan accepted the results and urged everyone to do likewise.

The best I could judge, the mood of the people was cautious optimism.  There is an expectation that corruption will be addressed more effectively than before. But the Delta region devastated by the Biafran War and suffering years of environmental degradation that accumulatively exceed that of the 2010  Gulf of Mexico oil spill and being the economic  engine of the economy is still waiting for their needs to be more fully addressed.  But the efforts of the four major universities in the area to pull together in this conference on the Niger Delta to address from “Vulnerability to Sustainability “ is indicative  of the hope that now is the time when forward movement is possible even though their regions candidate was defeated. 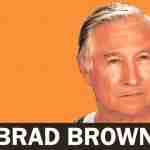