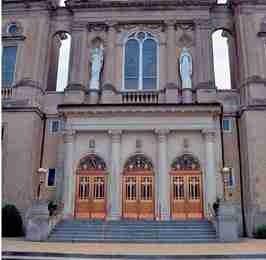 TRENTON, N.J. – Police in New Jersey’s capital city have reinstated a curfew for juveniles, but the decision to drop some of them at area churches has led to push back from critics who believe the ordinance breaks church-and-state separation and arbitrarily targets Trenton’s youth. Last month, police in Trenton began en- forcing a midnight to 6 a.m. curfew for kids under 18. Law enforcement has worked in concert with city heads and faith leaders in an agreement to drop off juveniles at certain faith-based organizations during those hours.

Pastor Terry Wells has worked with some of the teens through his ministry, My Brother’s Keeper Outreach Ministries. It’s one of about a half dozen faith based organizations working with police to offer safe havens for city youth. Where Wells sees an opportunity to foster “unity for kids, for police and for community,” Ian Smith, staff attorney for Washington, D.C.-based nonprofit Americans United for Separation of Church and State, sees a muddied line between religious and governmental involvement.

“It’s another example of a disturbing trend within the criminal justice system that sort of equates going to church with not being a criminal,” he said.

City police have only picked up about two dozen kids for breaking curfew since enforcement began mid-July, a number lower than what police expected. Trenton police first contact parents, but officers say they pair children with churches if a family member doesn’t answer or isn’t willing to pick a minor up.

The department says it bans church leaders from discussing religion and says juveniles are typically held in community or meeting rooms, not in front of crosses. Police also offer juveniles police buildings as an alternative drop-off location.

“The biggest thing is not pushing a religion, but still being there to provide that extra support,” Juvenile Officer Nathan Davis said. Still, some see broader issues at play that extend beyond church-and-state.

John Burns, a community organizer in Trenton, worries that what police call a creative take on juvenile crime enforcement is a way to cut corners and cater to “a generational fear of violence.” If Trenton’s youth are out late, they’re most likely porch hopping on a hot night to catch a breeze or walking home from work after city busses have stopped.

For Burns, curfew enforcement is a political “knee jerk reaction” to 16-year-old Ciony Kirkman’s shooting death in April. Police charged a 17-year-old boy in the shooting.

Police said enforcement is an attempt to cut down late-night burglaries, robberies and gunplay. “Anytime we have issues we look for new ways to address them and try to find an answer to whatever is going on at the time,” said Lt. Stephen Varn, Trenton police spokesman.

Officer Steve Smith said that, in his experience, most of the kids who are picked up aren’t out running to the store for milk or walking the dog.

The typical pick-up, he said, is a 14 or 15-year-old out around 1 or 2 a.m. Some come from “good families,” but others live on the street, have links to drugs or gang activity and are in need of positive role models, he said.

Everyone in the city has a different child rearing philosophy, Smith said, and “Trenton’s kids are caught up in the crossfire.”

But Ed Barocas, legal director for the American Civil Liberties Union of New Jersey, said police must provide “a number” of non-religious drop-off alternatives to alleviate church-and-state concerns, as well as stop unconstitutionally placing juveniles in what amounts to a “daily lockdown,” altogether. The ACLU hopes city officials will end cur- few enforcement short of a lawsuit, but he said the organization has been in contact with concerned community members and has taken legal action in similar cases.

“Parents, not the government,” he said, “have the right to control the upbringing of their children.”