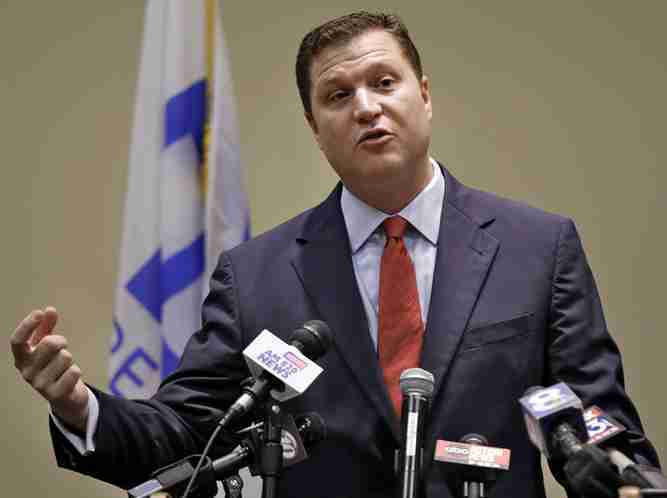 TALLAHASSEE  (AP) – Two Republican lawmakers filed bills Thursday that would require a person be arrested before law enforcement agencies seize cash or property and a conviction before they can keep it,  an idea the agencies strongly oppose.

The bills are designed to prevent abuses of the current law, which doesn’t require an arrest or a conviction before assets and property can be seized, but rather clear and convincing evidence that it was either the profits from criminal activity or used during crimes.

“If the state is going to keep your property, you should first actually be convicted of a crime,” said Sen. Jeff Brandes of St. Petersburg. “It’s a matter of property rights and due process.”

There has been a push for similar laws nationally that has united conservative and liberal groups and Democrats and Republicans. This year at least 20 states considered bills seeking changes to civil asset forfeiture laws. New Mexico and Montana enacted laws that require convictions in order for law enforcement to keep seized property. A similar bill in Wyoming was vetoed by Gov. Matt Mead, who is a former U.S. attorney.

But in most states, law enforcement agencies were able to defeat the proposed legislation, including a bill Brandes filed last legislative session that would have prevented agencies from keeping forfeited property like cars and boats for their own use and would have limited how seized money or proceeds from auctioned items could be used.

Brandes decided to go further with his new bill (SB 1044) after a legislative research office studied the state’s current laws. Brandes said the laws are well intended, saying if a drug trafficker gets caught landing a plane filled with cocaine, the plane should be seized. But he said the laws have strayed from their original intent.

“The intent has been perverted over time to where we’ve seized a car in Florida for one illegal pill in that car. We’ve taken homes because somebody’s child sold drugs out in front of the property,” Brandes said. “There have been abuses.”

Pinellas County Sheriff Bob Gualtieri said the laws are important and very often there is overwhelming evidence that property or money was part of criminal activity even if there isn’t a conviction in the case. He said there isn’t a problem with abuses.

“There’s over 18,000 police departments in the United States. Does everybody do everything perfectly? No. Do we wish they would? Yes. Just because somebody, in some place does something wrong doesn’t mean we need to kneejerk and say that we’ve got to drastically and in a draconian way change the Florida contraband forfeiture act,” Gualtieri said.

Instead, he said the state should consider changing the law to require agencies to report their property seizures under the law. Currently they don’t have to.

“If anything happens in some places where some law enforcement agencies don’t act properly, then let’s deal with that on an individual basis,” he said. “I’d like to see what examples he has where this is necessary here in Florida.”

Rep. Matt Caldwell of North Fort Myers is sponsoring the House version of the bill (HB 883).