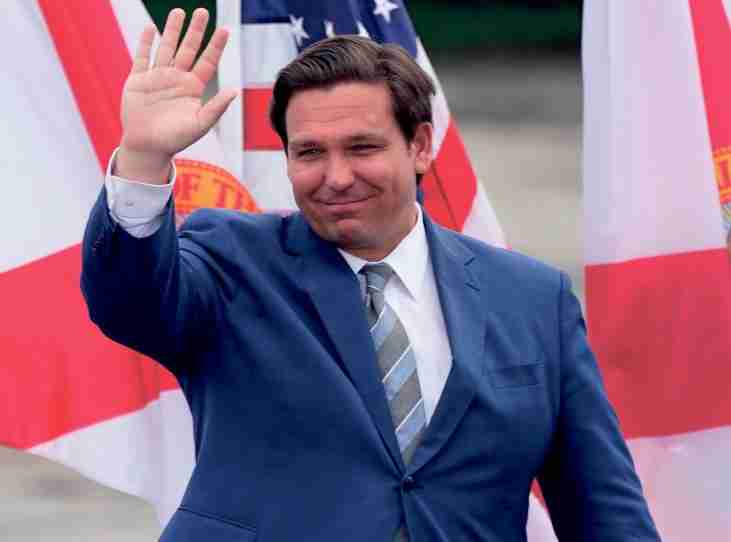 What would have happened if Florida’s handling of the presidential election mirrored that of Pennsylvania?

Gov. Ron DeSantis would most likely have pushed his Republican colleagues who control the Legislature to ignore a Joe Biden victory and name electors for President Donald Trump. At least that is the impression he left in an interview on Fox News – that from a politician who won the governorship by 36,000 or 0.44 percent of the 8,220,494 votes cast.

But DeSantis’ partisan posturing is not the only notable development arising from the election. Latinos, including Miami’s Cuban Americans, helped Trump win the state, apparently swallowing Trump’s false claim that Biden was a socialist who would turn the United States into Cuba and Venezuela.

It is no surprise that “exiles” from countries such as Venezuela and Brazil would support Trump because they include many of the elites who fled to the U.S. with wealth they want to protect. But Miami area residents are among the poorest in the country and they were scammed. Most of the $150 billion in Trump’s signature 2017 Tax and Jobs Act cut went mainly to the super-rich.

Conservative economist Milton Friedman was a leading advocate in the 1970s of the argument that corporate responsibility meant not a compact with society but making proﬁts for shareholders. Robert Bork, remembered as the judge who was denied a seat on the Supreme Court, was a ﬁerce critic of, among other things, regulations. He claimed, Nicholas Lemann reported in his book “Transaction Man,” that they were “silly” and a form of welfare. That proposition is embedded in Republican Party ideology. Trump, in fact, scuttled dozens of regulations – again, to beneﬁt corporate interests.

On the other hand, Adolf Berle, a liberal lawyer, argued that corporations should indeed serve the needs of their communities. It was Berle who pushed President Franklin Roosevelt, as a member of his Brain Trust, to embrace policies incorporated into the New Deal which propelled the country out of the Great Depression through massive government intervention in the economy, including substantial regulation. Republicans have been trying ever since to scuttle the New Deal and its programs, including Medicare and Social Security, deeming them socialist.

Massachusetts Sen. Edward Kennedy, in In his speech opposing Bork’s nomination, said Bork’s vision for America was of “a land in which women would be forced into back alley abortions, blacks would sit at segregated lunch counters, rogue police could break down citizens’ doors in midnight raids, schoolchildren could not be taught about evolution, writers and artists would be censored at the whim of government.” That was 33 years ago but the idea of a dystopian America, which Margaret Atwood ﬁc-

tionalized two years earlier in “The Handmaid’s Tale,” lives on in the bosom of those who control the Republican Party and in some in the federal judiciary.

That is the sort of high-level debate that surrounds “socialism” in America, but which is pared down to Cuba and Venezuela as a means of scaring the gullible.

Also, Trump turned back refugees, tore infants from the arms of mothers – the parents of some 666 cannot be found – and suspended the program sheltering from deportation more than 775,000 undocumented “Dreamers” brought to the country as children. And Trump launched his candidacy in 2015 by calling Mexicans rapists and murderers.

One would think that Latinos, including Cuban Americans, as part of the wider diaspora, would embrace a presidential candidate who pledged to reverse such policies. But 58 percent of Cuban Americans voted for Trump, the Associated Press’ VoteCast estimated. In Hialeah, Trump got 28,000 more votes than Biden did.

Similarly, the Miami area has one of the highest enrollments in the Affordable Care Act (ACA) which Trump has been trying for years to dismantle. Should the ACA be scuttled, they will be among 20 million Americans who will lose their health insurance.

Even more surprising, Trump’s support increased in Miami Gardens. The Miami Herald reported that Biden got 84 percent of the votes there but that fewer than the 94 percent which Hillary Clinton received in 2016 -7,601 votes for Trump, who got 3,328 in 2016. This happened even though the Biden ticket included Kamala Harris, whose father is a Jamaican and Miami Gardens’ population includes many Jamaican Americans. And she was on track to becoming the ﬁrst African American vice-president. Also, Trump had demanded that Barack Obama produce his birth certiﬁcate to prove his citizenship and even though the future ﬁrst African American president did so, Trump has held fast to his “birther” lie. He ridiculed Haiti and African countries, demanded the death penalty for the “Central Park 5” and his rental properties had to settle racial discrimination claims.

Trump demonized Black Lives Matter, the largest ever mass demonstrations against police killings, falsely claiming the protesters were anarchists and that socialists and communists had inﬁltrated the movement.

And then there is COVID-19, which has so far killed about 250,000 Americans, sickened more than 10 million others and is rapidly spreading — a tragedy worsened by Trump’s lack of leadership in containing the outbreak. African Americans, Latinos and Indigenous peoples are especially hard hit by the pandemic.

Whites enabled Trump to win Florida but, as it was for them, for DeSantis, for Cuban Americans, for some in Miami Gardens and almost half the nation: he lost the election. He totally ignored the unifying head-ofstate role of the presidency and pursued a viciously partisan, selfaggrandizement agenda and is even now refusing to accept defeat with grace – or in any other way – because he is incapable of doing so. And 70 million Americans voted for him. It may be politics, but it makes you want to weep.