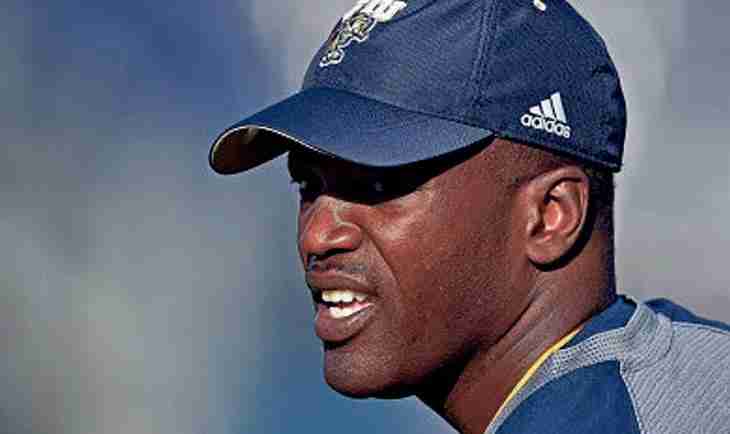 Miami (AP) – Florida International University said Sunday night that wide receivers coach Aubrey Hill, a standout player at Florida before becoming a longtime coach at Miami and other places, has died after a lengthy bout with cancer. He was 48.

“Aubrey was loved and adored by so many who saw him not only as a coach, but as an amazing husband and father,” FIU coach Butch Davis said in a release.

“We mourn his loss, but we will also hold on to the great memories he left behind and how honored we all were to be a part of his life. We pray for his family and loved ones during this difﬁcult time.” SENIOR CAPTAIN

Hill was entering his fourth season on FIU’s staff. He starred at Florida in coach Steve Spurrier’s “Fun ‘N Gun” offense with 18 touchdown catches as a member of the Gators, where he served as a captain as a senior in 1994.

He began his coaching career as a graduate assistant with the Gators from 1996 through 1998. Florida won the national championship in his ﬁrst season as an assistant.

“Devastated to hear of the passing of Aubrey Hill…one of the best teammates of all time,” former Florida quarterback Shane Matthews tweeted.

“SUCH A GREAT PERSON”

Hill was an assistant at Duke, Elon, Pittsburgh and Miami before returning to the Gators. He eventually took over as head coach at his alma mater, Miami Carol City High, leading that school to a state championship in 2016 before joining Davis’ staff at FIU.

Hill was a ﬁnalist in 2016 for the Don Shula NFL High School Coach of the Year award.

“I ﬁrst met Coach Hill when I was in high school. I then had the pleasure of working with him when I was a GA at Miami,” Dan Shula, Don Shula’s son, tweeted Sunday

night. “He was such a great person. Always had a smile on his face and a great attitude towards life.”