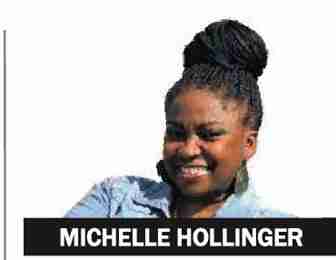 Sometimes, someone says something that is valid, true and important, but because of who they are, the message is attacked along with the person.

Such is the case with the “poverty is a mind-set” statement made recently by Dr. Ben Carson. I am no fan of Carson, but not only is what he said absolutely true; many of the same people criticizing him know it. Chances are, if you visited his critics’ homes and perused their libraries, they would have at least one wealth-building book on the shelf. The primary premise of any wealth-building book worth its salt centers on the power of thought and thoughts and mindset are synonymous.

Even the titles of some of the most successful wealth-building classics reference the importance of the mind and thought.
Perennial bestsellers like ‘Think and Grow Rich,’ (there’s even an excellent version tailored to the black community written by the brilliant Dennis Kimbro called ‘Think and Grow Rich: A Black Choice’) ‘The Millionaire Mind,’ ‘The Magic of Thinking Big,’ and many, many others offer knowledge and information for acquiring wealth – and the foundation for each is changing a person’s mindset.

Democrats and liberals bash Ben because of his affiliations and other silly comments, but he’s right on this one. What he said about mindset explains how some celebrities can amass millions of dollars then lose it; why some lottery winners are broke a few years later and why “the rich get richer, and the poor get poorer.”

Iyanla Vanzant is an ordained minister, bestselling author and host of “Iyanla Fix My Life” on the Oprah Winfrey Network. Years ago, after reaching what appeared to be the pinnacle of her success, she lost her riches and declared bankruptcy because despite having millions of dollars, Vanzant said she still had a welfare mindset. The former welfare recipient and teen mother has done the work necessary to change her thoughts/transform her mindset, reclaim her wealth and is now back on top of her game.

Wealth-building books, seminars and conferences are full of advice on how to shift from a poverty mentality that is steeped in lack and limitation to embracing new thoughts that center on abundance and accumulating wealth; but few, if any, programs that serve the poor include any of that wisdom. Carson’s critics seem to think the way to lift people out of poverty is to provide jobs, social services and other support, like food stamps, but all that does is help them better manage their poverty. Also, if that approach was effective, we would not be having this conversation because there would be no poverty issue.

If we really want to help eradicate poverty, we must stop patronizing poor people and treating them as though poverty is their intractable lot in life. I worked at the Urban League of Greater Miami, Inc. many years ago and I discovered that there are many undercover geniuses in the hood. The inner cities are full of brilliant business ideas that never see the light of day because the persons with the ideas don’t think they have what it takes to bring them to fruition.

And instead of being exposed to entrepreneurship and opportunities to help cultivate ideas that could be their ticket out of poverty, they’re discouraged from thinking for themselves, encouraged to comply with the rules and assisted with getting a minimum wage job.

The problem that many people seem to have with Carson’s statement is the “blame the victim” sentiment his statement seemed to convey. It’s really not cool to blame the poor for being poor. Maybe we should shift from blame to helping the poor see how amazing their minds really are, that their thoughts are more powerful than they realize and then use some principles from those wealth-building books to teach them to change their lives.

A book on the power of thought,The Secret, released in 2006, has sold over 19 million copies and was translated into over 46 languages, but not because an actual secret was revealed. (Even Jesus talked about the power of thought.) The book and its popular DVD tapped into people’s innate awareness that they really do have the power to change their lives and that it all begins with how they think/their mindset.

As this conversation about mindset continues, it’s important to remember that slave masters did not want their slaves thinking.

As long as the poor are not encouraged to think and are placated with social service programs that do nothing but help them make ends meet, the generational cycle of poverty will continue because, whether you like Ben Carson or not, poverty is a mindset.

Michelle Hollinger, former editor of the South Florida Times, is the publisher of The Sisterhood, a monthly magazine for women. She can be reached at Michelle@sisterhoodnewsmag.com.