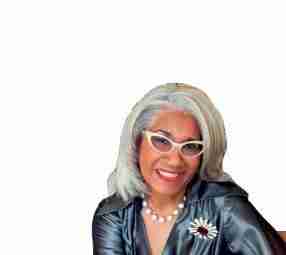 One of the beneﬁts of being quarantined is having extra time on my hands: time to read, to research, and to think! Right now, I am not feeling so good about any racial/ethnic group. Heck, not even my own.

I’ve always known about the complicity of some southeastern Native American groups who were slaveholders – yet so many of us want to be “Indian”; and that there are folk from the Caribbean who continue to identify with their colonizers (French, British, Dutch, etc.), and there are even folk in Africa who call themselves Portuguese, or identify with some other colonizing group.

I know all this, yet I still ﬁnd it hard to understand how, given all the knowledge and information we now have about the depravity of colonization, the wholesale enslavement of Africans, and the brutality of those systems, why anyone who is an African-descendant does not ﬁrst identify as black-African, ﬁrst!

There are volumes written about this phenomena; psychotherapists will never go out of business with all those messed up self-denials!

I concede that many of us have come a long way from that time- with having so many more black dolls to choose from, and that school curricula attempts to teach the “history” of black folk, not to mention that McDonalds promotes “365 black”!

But, here we are in 2020, and I am dismayed at how little we have learned; how so much farther we need to develop as a ‘collective’.

The lead up to the upcoming election has made it clear how important a high black voter turnout will be; that blacks hold the key to the success of Democratic candidates; that blacks are valuable capital to the Republicans, etc.

Yet, I’m not sure that blacks understand how valuable they are- to being politically black.

I’m scared, especially since I just learned that #45 is spending time, and money in Detroit- one of the blackest urban areas in the USA, and that he is gaining ground!

So, what’s the flip side of self-hatred? Despair!

A few weeks ago I saw the photo of mostly black folk lined up during the height of the COVID -19 pandemic for new designer sneakers.

To me, that was an act of mass suicide/implied homicide.

I saw an act of sheer despair. I saw loss of hope of living past the thrill of getting the new sneaker. I saw self-hatred-all in that one photo.

What is it about staying alive that we don’t get?

I mean that, literally.

Dead black folk are piling up everywhere, suffering a disproportionate number of deaths from COVID-19; needlessly dying at the hands of police; increased public lynchings by cretin white men; from our continued abuse of our bodies-from bad eating, from illicit drugs, and from other acts of self-immolations.

I know. It is hard being black in America. Let me count the ways.

Just a few days ago a white woman called the police to report an assault by a black man who had asked her to leash her dog in a park! Luckily, he escaped brutality (and she has been put on administrative leave). It could easily have been another dead black man.

We are all sick!

There are several studies reporting how the cumulative stress of being black, especially being a black male is dangerous. That stress serves to shorten our lives; makes us more vulnerable to sickness and diseases, and adds to the chances of violence toward ourselves (insert here a long list of selfdestructive behaviors).

Simply put, we must make staying alive a higher priority than any other motivation. So, how do we be black in America and avoid drinking the proverbial water of trying to be anything else given the skin we’re in?

I don’t know how to get all that done, but there has got to be a better beginning point than what we have come to know and practice, to date.

But what I know for sure is that we must vote. Vote. VOTE. "Toniwg1@gmail.com