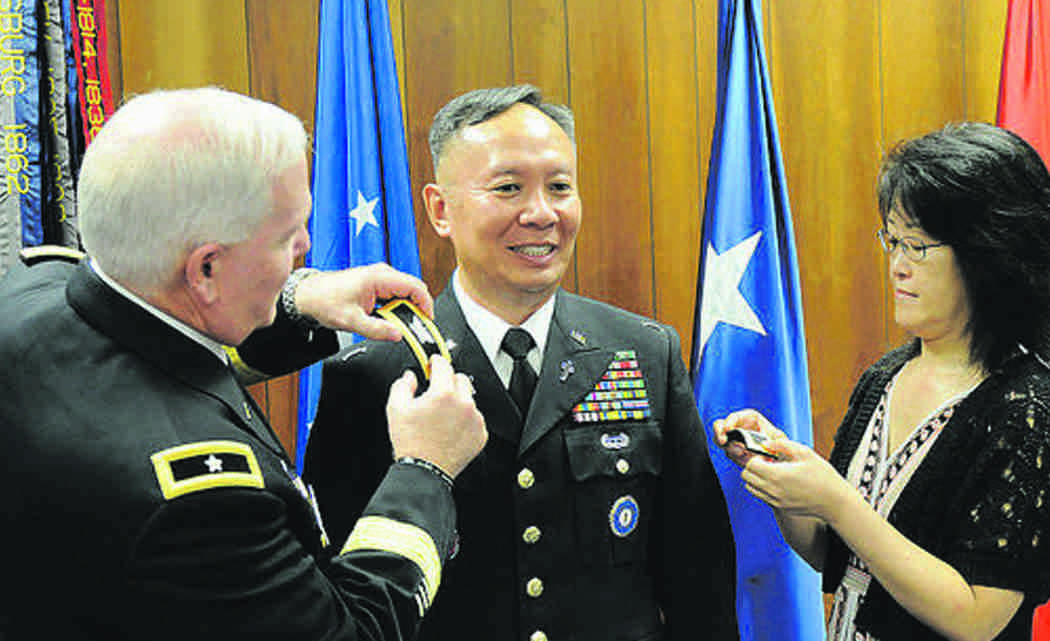 RADCLIFF, Ky. (AP) — Col. Yong Cho serves God and country through his Radcliff church and as the state chaplain for the Kentucky National Guard.

He was born in Korea and his father moved the family to the United States in 1979. Cho served in the Army for three years, doing his basic training at Fort Knox. He got his degree in California and worked as a software engineer in Silicon Valley until he said God called him to preach.

His doctorate studies brought him back to Kentucky and in 1998 he became the head pastor at First Korean Baptist Church in Radcliff where he continues to serve.

But to go from an engineering field of study to become a pastor was a big change, almost a “culture shock,” he said.

He was more of a mathematics and science type of person and what he studied in
seminary was more social sciences.

“But I survived,” he said. “Learning about God is always fun.”

In his doctorate studies in 1997, Cho was able to participate in a dig in Israel through Tel Aviv University.

He found some interesting artifacts on the dig including pottery and jewelry. All items were retained in Israel.

His congregation at First Korean Baptist allowed him to continue his service as a chaplain in the Kentucky National Guard. He’s been a part of the national guard since 1996 with a total of 28 years in the military.

He believes God called him twice: Once to be a pastor in a civilian congregation and as a chaplain and shepherd to the military and their families.

As a part of a military community, his church has been supportive of his chaplain duties, he said.

Cho’s wife Lydia said Radcliff is the perfect area for Cho’s ministry and that God knew this is where he was meant to be. The relationship with his church is a benefit to Cho as much as the congregation, she said.

He loves the military and God has allowed him to work with the local church and the military, she said adding she has been very grateful.

Because in the Middle East he wasn’t allowed to dig a hole for water to use in a baptism, he had to be creative. He cut a bathtub in half to provide an above ground tub for baptism.

The military, he said, is a diverse congregation from around the country and the world.

“As National Guard chaplains, we do our best to accommodate the soldier’s needs and the family’s needs,” Cho said.

His job is to help them with spiritual needs during that process, he said.

As state chaplain he fulfills some ceremonial duties to deliver invocations and benedictions at social functions. He also trains and supervises all the military chaplains in the state of Kentucky. His job is to help them grow so they can be good spiritual leaders to support soldiers, airmen and their families, he said.

He has 16 chaplains that work with him.

He loves Radcliff and the state of Kentucky comparing the terrain, latitude and weather to Korea. He said people always have been friendly and he can find many of the same sights as he saw in Korea, with one exception.

Radcliff has no rice paddies.