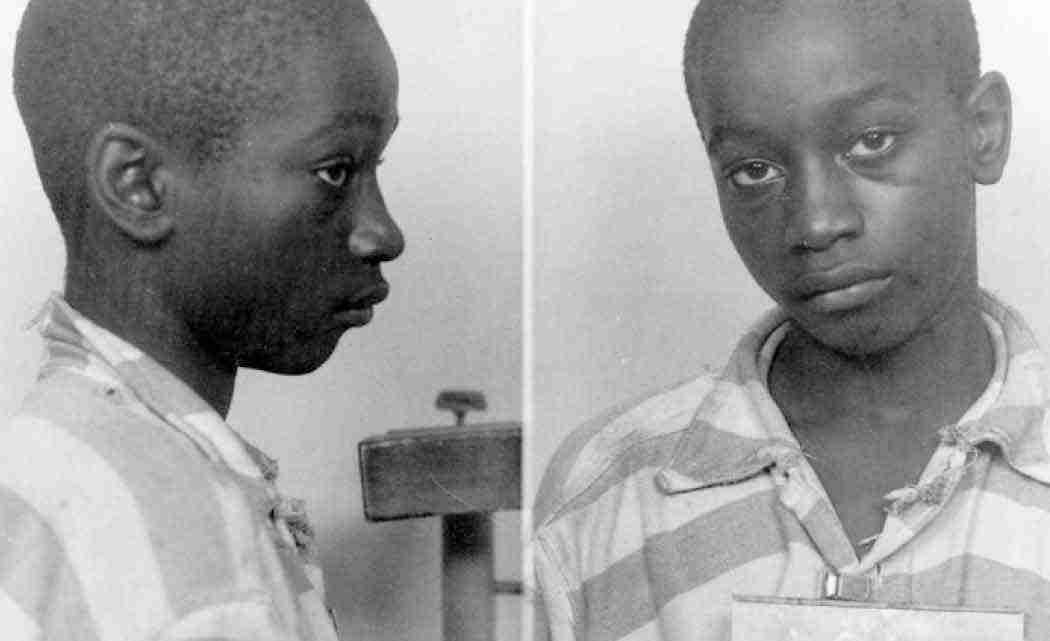 Probably few Americans have ever heard of George Stinney Jr. After all, it has been 70 years since the 14-year-old black boy was charged with killing two white girls, ages 7 and 11. He was last seen with them as they picked flowers, and the authorities claimed he confessed to the crime, an admission which was generally believed to have been coerced and which he later recanted.

George was arrested and taken from his family, held in jail for a month, then subjected to a trial that lasted two months. A jury of 10 white men convicted him of murder after a three-hour trial, even though no physical evidence was presented in court and there were no witnesses.

George was allowed no appeal and promptly executed.  He weighed 95 pounds and was so small that prison authorities had him sit on a phone book in the electric chair. The straps were too big for his small wrists and an electrode too big for his leg. Still the great state of South Carolina killed him.

George’s family launched a campaign to clear his name and, finally, justice came two weeks ago. Circuit Judge Carmen Mullen went further than merely granting a new trial for George, as his family’s attorneys had requested. The judge threw out the conviction.

“I can think of no greater injustice,” Judge Mullen wrote in her opinion, following a two-day hearing in January. She ruled that the conviction was probably coerced and thus inadmissible, “due to the power differential between his position as a 14-year-old black male apprehended and questioned by white, uniformed law enforcement in a small, segregated mill town in South Carolina.”

“This Court finds fundamental, Constitutional violations of due process exist in the 1944 prosecution of George Stinney, Jr. and hereby vacates the judgment,” she wrote. “Given the particularized circumstances of Stinney’s case, I find by a preponderance of the evidence standard, that a violation of the Defendant’s procedural due process rights tainted his prosecution.”

As the Associated Press noted, it took her nearly four times as long to reach her ruling as for the original court to go from arrest to execution.

By a sad but fortuitous circumstance, the Stinney case resurfaced at a time when race relations are again roiled by accusations of gross bias in the criminal justice system. Grand juries recently refused to indict white police officers who killed Michael Brown in Ferguson, Mo., Eric Garner in Staten Island, N.Y., and Jordan Baker in Houston, all unarmed black men, in separate cases. It shows that there has been change in the system – for the worse. Now the police are judge, jury and executioner, aided and abetted by grand juries with a warped sensibility of the meaning of justice.

There is a good deal of popular unrest over this trend. But that provides just a safety valve for the justifiable outrage which African Americans feel. Meaningful change will come through a revamping of the system that allows grand juries to act in collusion with trigger-happy police officers. The street protests must have this as their fundamental objective. Until that revamping takes place, it will be just a matter of time before another cop kills another unarmed young black male, and the system exonerates his killer.