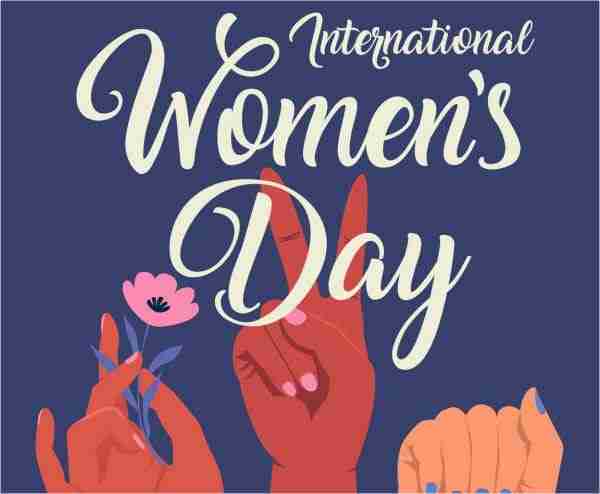 Yes, there is much to celebrate, and many women to highlight for their bravery in the face of so much adversity, and I salute and applaud all those being recognized.

I think all so-called minority groups deserve their rightful place in the halls of humanity- at- large; each one being equal, one to the other. Women, blacks, disabled, LGBTQ, religious minorities, ﬁll in the blank, and we should honor all the survivors of exploitation and marginalization. But, this month it is about the women.

The world is divided: Black versus white; the Dems versus the GOP, the middle class versus the billionaires, rich versus poor; Latinx versus ……… , etc.

These binary conflicts play out in myriad scenarios, and the current political season has heightened the contrasts.

The past few weeks has drawn a fundamental divide into the headlinesagain; it is pervasive and it is growing in dangerously threatening expressions: that women are still not ready for leadership, especially at the highest ofﬁce in the land. Not so.

May I remind you that Hillary Clinton got the Democratic nomination in 2016 to run for President of the USA, and she actually won the popular vote, proving that this country is ready for a female President.

That should squash the argument that the campaigns of Elizabeth Warren, Amy Klobuchar, Kamala Harris, or any of the others in the early run-up, were simply an extension of the 2016 Hillary Clinton attempt, and accept that the differences were solely about policies and “electability” (not those woman).

We live in a complex world, but the simplistic divides that constantly keep us in conflict are growing deeper; we are edgier; and rhetoric is becoming more toxic-often dangerous.

Irrespective of the recent political campaign for the highest ofﬁce, that other ‘fear of the “other”’- males versus females- has taken on a new level of persecution and violence worldwide. Last year, deaths of women at the hands of their male abusers was up 50%. The scant laws to protect women from violence and death are being overturned, if ever enacted.

Female births are actually more than 50% of the total. So, why are we not at 50 % representation across the board?

According to the Gender Social Norms Index, a recent survey found that 90% of men, and women, hold a bias against women in leadership, “and more than 50% believe that men have more right to a job and/or make better business executives.”

Why so much fear? And why do women buy into this narrative of being lesser than?

While we continue to celebrate the advances of women- in all sectors- and we continue to hold us up to standards of excellence that are obviously achieved by still, too few women; at the same time, we oppress women at every opportunity.

And the complicity of other women boggles my mind.

What is to be feared by sharing the world with the other half?

I have a proposal: There is a long standing, successful annual fund-raising event in South Florida called The Power of the Purse. I think they should consider changing to that other “P” word, addressing the real fear.

Think about it: what if women decided to no longer allow their most prized anatomical part to be exploited? To no longer agree to have sex or bear children (the natural way)? To deny men pleasure and to have them question their paternity?

There is a volume of literature in support of this tactic. For example, see the ancient Greek play, Lysestrata, by Aristophanes; Shakespeare is full of references to the power of the ‘P’.

(Black women may have garnered some expertise using this strategy).

What if we actually exercised our power? And when do we begin?

In the meantime, vote. Vote. VOTE. Vote for the ticket which has the next woman President of the USA on the ballot.