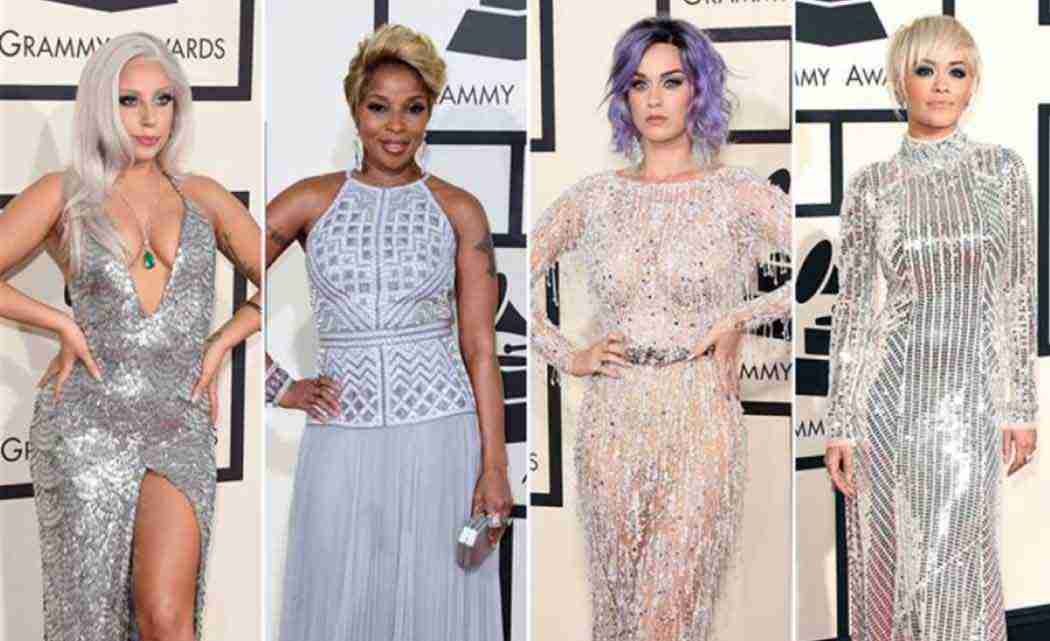 Grammy’s newcomer Sam Smith looked dapper in a white bow tie and Madonna rocked one of the season’s most eclectic red carpets on Grammy night in a bedazzled two-corner black hat and burlesque-esque corset with matching thigh-high boots.

Fashion is always a little crazy at the Grammys, guys included, but first-time winner Smith soaked it all up in a more traditional tuxedo as he managed his nerves going up against some of his idols.

Madonna’s big-shouldered shorty outfit was custom Givenchy Haute Couture by Riccardo Tisci. She wore not much underneath, flashing a black thong and fishnets at the Staples Center in Los Angeles. She wasn’t a hit with some in the Twitter peanut gallery: “Just got a glimpse of Madonna arriving. Seems to be channeling some mix of the Duchess of Windsor and Mae West,” one chimed in.

Rihanna dashed into the live show at the last minute in a poofy, tiered pink confection of silk and tulle from Giambattista Valli that had some online comparing her to a party cupcake. She was dripping in Chopard diamonds.

Beyonce and Miley Cyrus went for black — Cyrus in strategic, sexy cutouts and the queen in a low V-neck embellished gown with a train from Proenza Schouler. Also in black was Gwen Stefani in a stunning strapless black Versace Atelier jumpsuit with a structured spiderweb swirl up top.

Known for leg-baring, Pharrell Williams didn’t break from tradition. He was dressed in a gray short suit, matching bow tie and shoes, from Adidas.

Tuxedos aren’t just for the dudes these days. Charlie XCX did her white tailed-tux trouser look justice from one of her favorites, Moschino, paired with a bright pink bow tie and blush fur stole.

“I hate boring fashion so I wanted to do something ‘80s and fabulous,” she said. “I like unpredictable.”

Katy Perry’s tousled lavender hair popped against her silver backless sheer dress. It fell below the knee and had long sleeves and swingy crystal fringe — fresh from the Paris runway of Zuhair Murad. She wore a $2 million canary yellow diamond ring from Harry Kotlar.

Perry was greeted on the red carpet by Nicki Minaj in black Tom Ford, her decolletage out in a front slit cut to her waist. Ford also dressed Jennifer Hudson in a stunning bright white strapless dress that fell just below the knee, her sassy short hair a perfect complement. So was her Marli diamond choker.

Next post Motown the Musical: Berry Gordy’s story told through artists of yesteryear