At 20, Manning camp’s influence on NFL is widespread 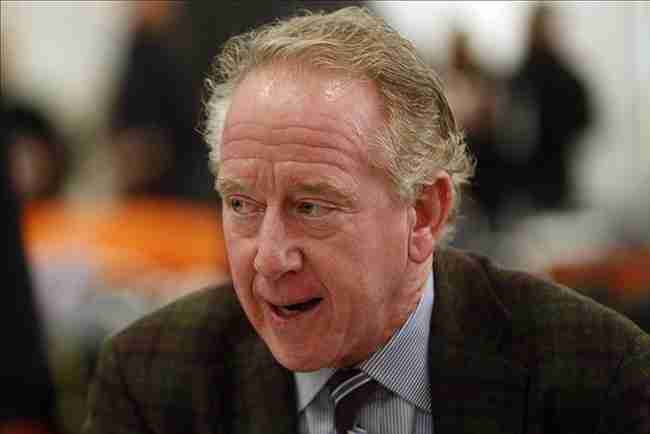 The former New Orleans Saints great and father of football stars Peyton and Eli Manning simply saw the Manning Passing Academy as a way to get the family together and help typical high school quarterbacks and receivers better enjoy their fall Friday nights. Yet today, the Mannings can rattle off a slew of former campers or counselors who’ve become household names on Sundays.

Russell Wilson and Colin Kaepernick have been there. So have Matthew Stafford, Philip Rivers, Andrew Luck, Sam Bradford, Nick Foles and Marcus Mariota _ and that’s just the start.

This weekend, Heisman Trophy hopefuls Dak Prescott of Mississippi State and Trevone Boykin of TCU are part of the camp’s 20th edition. They’re among 37 college QBs who traveled to a land of vast sugar cane fields, gently flowing bayous and towering, moss-draped cypress trees to serve as counselors to 1,200 campers.

The Mannings were pleased to welcome them to camp host Nicholls State, about 60 miles southwest of New Orleans, as long as they remained mindful of the camp’s primary purpose.

Everyone who chooses to play high school football “deserves to have a good experience,” Archie Manning preaches. Providing that, he stresses, is “all we want to do.”

The Mannings avoid tracking the recruitment ratings or careers of their campers. Archie Manning, for example, said he didn’t realize Wilson had been a camper until the Seattle Seahawks’ QB mentioned it publicly, long after he’d risen to stardom.

“A lot of them, they get to the NFL and they say, `Yeah, I was camper at the Manning Passing Academy,’ and we had no idea,” said Eli Manning, who’s entering his 12th season with the New York Giants. “We’re not keeping track or recruiting. They’re coming in, they’re working and we treat everybody the same.”

This year, campers include the sons of Green Bay Packers coach Mike McCarthy and Saints coach Sean Payton. Payton’s son, Connor, is an H-back, similar to a tight end. Both NFL coaches were there, mostly as observers, although Payton was sitting in on meetings and was eager to get on the field.

“Sean’s enthusiastic. He’s all in,” Manning said. “He’s ready to jump out there and coach somebody.”

When the Manning Passing Academy began in the summer of 1996, Archie Manning said he received word that then-LSU coach Jerry DiNardo and then-Mississippi State coach Jackie Sherrill had suggested it would be “nothing more than a recruiting camp” for Tennessee, where Peyton played at the time, and Mississippi, where Archie spent his college career. Eli, who was in high school when the camp launched, later played for Ole Miss as well.

“It’s not about three-star, four-star, five-star players,” Manning said. “That’s not the mission and that’s not going to happen. We’ve never touched recruiting.”

There is, however, an unwritten rule that current Ole Miss and Tennessee quarterbacks serve as counselors, said Peyton Manning, who is entering his fourth season with the Denver Broncos after 14 years with Indianapolis.

“I pull for Dobbs and obviously any insight that I can share with him or questions that he has, I’m glad to answer,” Peyton Manning said, also noting with a smirk that he tries not to share too much with the Vols’ Southeastern Conference rivals.

When high school players chat with the Mannings, they get tips on how to strengthen their arms, read coverages, and develop leadership skills.

To illustrate his point, Peyton Manning recalls his first offensive series at Tennessee, where he played as a freshman.

“I kind of had this rah-rah speech: `Let’s go. I’m going to take you down the field and score,’ and this guy grabbed me by the shoulder and said, ‘Hey, freshman, just shut the blank up and call the blanking play,”’ Peyton Manning said. “It taught me a good lesson that nobody really wants to hear what you have to say until you’ve kind of earned their respect.”

As the Mannings’ stature has grown with record setting performances and Super Bowl triumphs, they’ve received offers to move their camp. Disney courted them, as did another organization in Ohio, Archie Manning said.

But Archie and his oldest son, Cooper, live in New Orleans, where all three Manning brothers grew up. The brothers played high school football in Louisiana, “and that’s where we want our camp,” Archie Manning said. “It’s really the only time we get to spend four days together, the four of us.”

For Eli and Peyton especially, the camp also provides a true taste of home. After flying to New Orleans this week, they dined with their parents and older brother at Galatoire’s, a 110-year-old Creole restaurant on Bourbon Street where jackets are required and soft shell crab is on the menu this time of year.

“That’s a big part of why we still do it and are committed to it,” Eli Manning said. “We know these four days we’re going to be hanging out.”

In the process, they’re influencing the future of football as well.

Next post Report: Most Kansas pupils get 20 minutes or less of recess