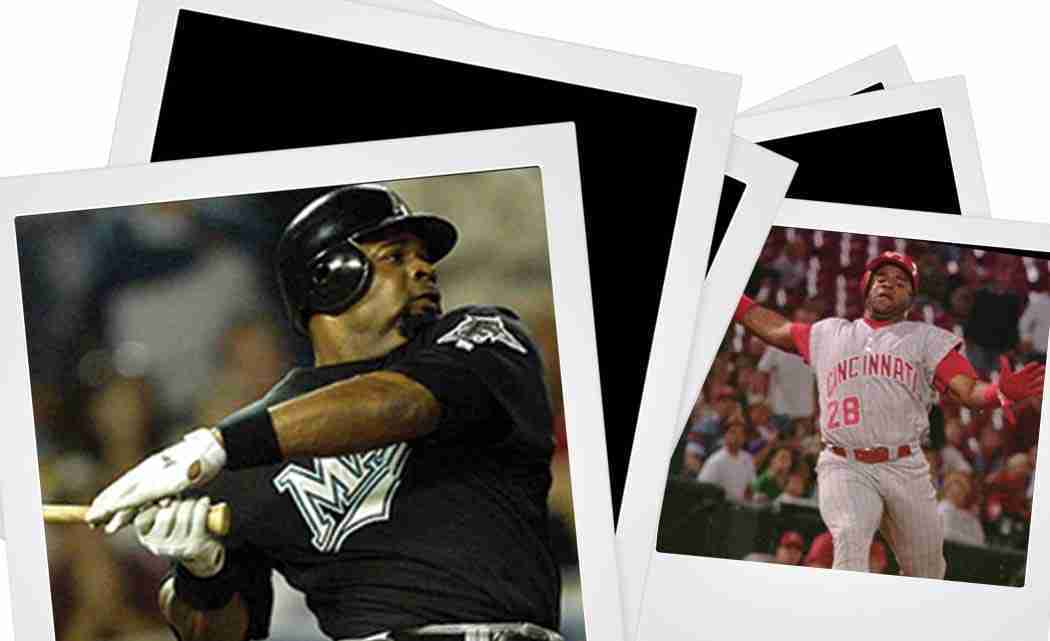 He was seven years old when he first picked up a bat at a youth sports club in Miami. More than four decades later, Lenny Harris hails as Major League Baseball’s pinch hit king, with 212 under his belt. During his 18-year career, he played for eight different teams, twice with the Cincinnati Reds and was on the Marlins’ 2003 World Series winning team. After ending his career with the Marlins in 2006, Harris recently rejoined the club, this time as the team’s assistant hitting coach after working last season for the Marlins’ Gulf Coast Rookie League affiliate.

Marlins’ president of baseball operations, Michael Hill, told mlb.com, “During the game, that assistant can be in the cage, preparing our guys off the bench and being ready to pinch-hit for potentially game-deciding at-bats. Who better to be put in that role than the all-time pinch-hit leader, Lenny Harris?”

Harris spoke with The South Florida Times about the key to his longevity and his love for baseball.

The 1982 Miami Jackson graduate who batted left but threw right can use his rich baseball experience to motivate his players. He’s played every position except catcher and even came off the bench to save the day, pitching a winning game when the Reds played against the San Francisco Giants in 1998.

“It was pretty much a blowout. My manager Jack McKeon, he was telling me, ‘you wanted to pitch, you’re going to get your opportunity’ and I got nervous,” Harris explained of the game in which he threw 13 pitches with nine strikes.

Before taking the mound, Harris said that he tried hard not to let his nerves get the best of him since the last time he’d pitched was at Miami Jackson.

“Next thing you know, I got three outs. I was so nervous and proud at the same time,” recalled Harris. Following that win, he essentially “quit while he was ahead,” because he never pitched another game for the rest of his career.

He’ll be able to use that experience of pushing through fear to achieve success with the Marlins players. Harris said that his job with the players will be more mental than physical. “If the mind isn’t right, you’re not going to be right.”

As a player, Harris said that winning was always his motto. Of the eight teams that he played for, he doesn’t have a favorite, “I just wanted to play. That meant a lot to me.”

Approaching baseball as his business helped him to maintain his focus and to last in the sport for as long as he did.

“I really couldn’t do the night life. I was always about business. This was a way to support my family,” Harris said. “I’ve been very blessed to not be on the disabled list, I really took care of myself.”

While he never set out to break the record, and the opportunity to hit was not a given, a healthy dose of confidence helped him to become the league’s pinch hit leader.

“Some days you don’t know if you’re going to get an at bat. I might pinch hit for a player who’s struggling,” he explained. Nevertheless, “I always felt like I could do something big when I came into the ball park. I kept doing it and doing it and I broke the record.”

In addition to looking forward to his new coaching gig, the married Harris is a fan of his daughters, Ciara and Chanel. He said that Chanel, a student at University of Central Florida, “will be in Hollywood on some stage.” And Ciara, who attends the University of Cincinnati, will be involved in veterinary medicine because “she loves animals.”

He’s grateful that so many people pushed him to succeed, including his first coach, Charlie Brown, who introduced the seven-year old Harris to football and baseball. Baseball stuck.

“Baseball is my life. I love baseball,” said Harris.