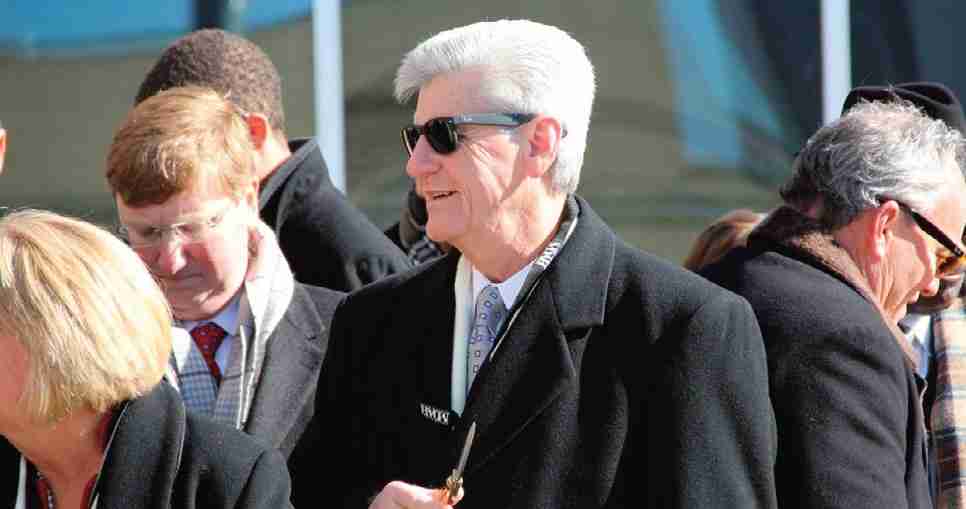 “THE LAWSUIT SAYS $2.1 MILLION OF WELFARE MONEY PAID FOR STOCK IN PREVACUS AND PRESOLMD FOR NANCY NEW AND HER SON, ZACHARY NEW.”

The intent to subpoena records from Bryant was ﬁled Friday in state court by Jim Waide, an attorney representing Austin Garrett Smith, a nephew of a former Mississippi Department of Human Services director.

“This subpoena is a legal tool being misused for political purposes,” Quin told The Associated Press on Monday. “We will respond in due course.”

The ﬁling is the latest twist in the largest public corruption case in Mississippi history. It’s also the second time records have been subpoenaed from Bryant by a defendant in a Department of Human Services lawsuit. Bryant is a Republican who served two terms as governor, leaving ofﬁce in 2020.

The department ﬁled suit in May against more than three dozen groups or people, including Smith and Favre. It is seeking to recover more than $20 million of misspent welfare money that was supposed to help low-income families in one of the poorest states in the U.S.

Smith’s uncle, John Davis, was appointed by Bryant to lead Human Services, and he held the job from February 2016 to July 2019. Davis pleaded guilty last month to state and federal felony charges in a conspiracy to misspend tens of millions of dollars from Temporary Assistance for Needy Families.

In the ﬁling Friday, Waide seeks email, text messages, letters or other communications to or from Bryant with Favre, Davis or several other people involving a biotech company called Prevacus (now called Odyssey Health) or its corporate afﬁliate, PreSolMD.

Favre is named in the Human Services lawsuit as the “largest individual outside investor” of Prevacus and suggested that the company’s CEO, Jacob VanLandingham, ask about using Human Services grant money for investing in company stock.

The lawsuit says $2.1 million of welfare money paid for stock in Prevacus and PreSolMD for Nancy New and her son, Zachary New, who ran nonproﬁt groups that received welfare money from Human Services.

The new subpoena also seeks other information from Bryant, including any communication he had with or about former pro wrestler Ted Dibiase Sr.; his two sons who were also pro wrestlers, Ted “Teddy” Dibiase Jr. and Brett Dibiase; and companies controlled by the Dibiases, which were paid with welfare money.

In April, Nancy New and Zachary New pleaded guilty to state charges of misusing welfare money, including on lavish gifts such as ﬁrstclass airfare for Davis. Nancy New, Zachary New and Davis all agreed to testify against others.

Bryant, Favre and VanLandingham are not facing criminal charges. The civil lawsuit has brought the release of text messages from Bryant, Favre and Nancy New about millions of dollars in welfare money being spent on Favre’s pet project, a volleyball arena at the University of Southern Mississippi, where all three are alumni. Favre played football at the university before going to the NFL in 1991, and his daughter started playing volleyball at the school in 2017.