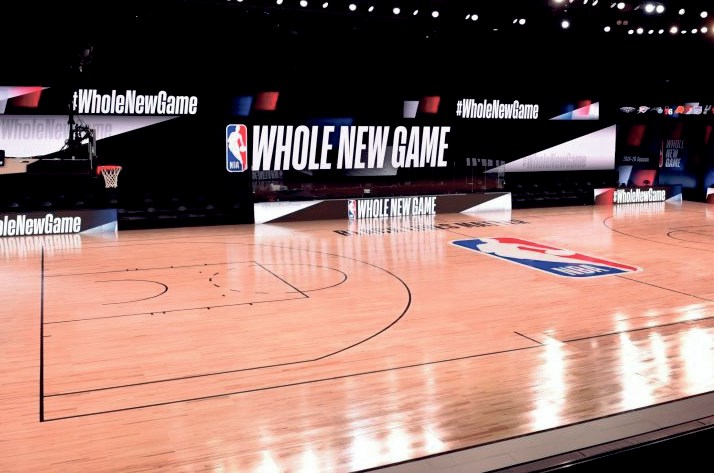 CORAL SPRINGS, Fla. (AP) – The profanity hurled by recreational basketball players led Coral Springs to tear courts built right next to a children’s playground, but the solution has sparked a debate about whether the move was racially motivated.

Although the city has agreed to build smaller courts somewhere else, many people in the community feel Black residents have been shortchanged.

The old courts, at Cypress Park on the city’s south side, once had as many as eight basketball games going on at the same time, drawing scores of people who came to play and to hang out, with coolers and food for picnics, even in the rain.

“It was a community thing,” said Mark Rogers, a Coral Springs resident and hobbyist basketball player.

But the games ended in Coral Springs when the city tore down the hoops over the summer and replaced them with pickleball courts.

Commissioner Joy Carter said people who lived on the canal behind the courts complained for years that players were spewing profanity, despite signs and warnings to keep their language clean.

“You’re out on your patio and that’s what you hear.” she said.

“To me, it is an issue, we told you to stop swearing, we posted signs `Please no foul language,’ “ she said. “We asked them for over two years `please.’ It’s the nature of the game to swear, to use profanity. And I can’t say people don’t swear when they play tennis or pickleball, but it’s probably not as proliﬁc.”

City Manager Frank Babinec agreed: “It was an ongoing issue.” But the players, many of them Black, were horriﬁed.

“We felt powerless,” Rogers said. “The whole park was just destroyed.” He found a sympathizer with the city’s ﬁrst Haitian city commissioner, who argued last week that the move had racial overtones.

“That is what is perceived,” said Commissioner Nancy Metayer. “They felt like this part of their lives, their culture, where they are able to fellowship, was taken away from them.” After an outcry, one full court and a half court will be built in the later part of the spring. They’ll go up across the street, by the park’s pool. This month, the city agreed to spend $75,500 for new lighting for the new basketball courts, which will be built on what is now parking lot.

Metayer said the plans aren’t enough, and she wants all four fullcourts restored.

The limited reconstruction isn’t enough, since the culture and “unspoken rules” of the courts is that lesserskilled players work their way up to certain courts and there’s not enough space.

“For us to downsize it, it changes the shift, the dynamics of how young people play,” she said.

Babinec, the city manager, warned that adding more courts would mean taking something else away. And Commissioner Carter said there are dozens of other locations for people to play basketball.

Jamal Waring, of Lake Worth, has played basketball at Cypress Park for about two decades, including when he lived in Coral Springs and even two years after he moved away.

“The overwhelming majority of people who play there believe it was racially motivated,” he said, saying that police ofﬁcers on patrol told players there were complaints about the cussing.

Neither City Hall nor the police department would say how many people complained or provide examples.

Rogers, who is white, said he’s seen golfers throw clubs and seniors cuss while playing tennis. “That’s no justiﬁcation for taking it away from the kids,” he said.

A smaller version of the courts means “you’re going to have certain groups of people commandeering that court and pushing off the kids who really, really need it,” he said.

Commissioner Josh Simmons, who is Black, said the city did the right thing to answer residents’ complaints by removing the courts, and then made the right decision again to put them back in, elsewhere. He said planners should never have built the courts next to a playground in the ﬁrst place.

The city’s actions to remove the courts were not racially motivated, he said, although he acknowledged that some in the Black community perceived it that way that it was “anti-Black and against Black culture.”

Next post Diddy providing some COVID-19 relief for Miami neighborhood