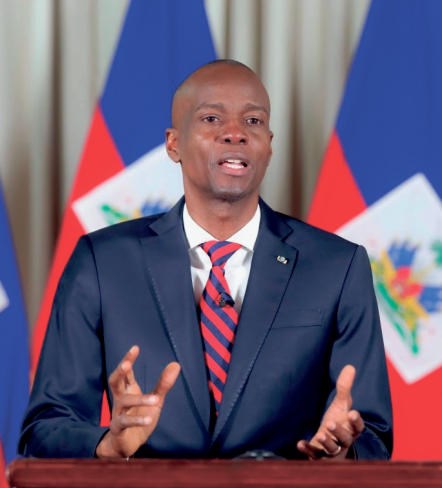 South Florida’s Haitian community is still reeling over the assassination of the president of their homeland. President Jovenel Moise, was ambushed in his home by insurgents on July 7. The brutal attack not only left the president dead, but left his wife severely hurt from the gunshots. She has returned to the country after recuperating in Miami.

Haitian Americans in this area are trying to process their feelings and emotions as they deal with the complexities in Haiti, where many still have family.

Herdyne Mercier, LCSW, is ﬁelding hordes of questions from distraught South Floridians who say they are saddened yet outraged by the vicious attack. Mercier, who is a certiﬁed grief counselor, therapist and social worker, is being bombarded with texts, calls, and on social media from weary Haitian Americans who want relief from their pain and inner anguish. They are asking Mercier how to cope.

Mercier says she has been fascinated and curious about the grieving process since she was eight years old. Now, 40, and a licensed professional and co-founder of Fort Lauderdale-based Mercier Wellness and Consulting, along with her husband, Dr. Jameson Mercier, LCSW, she lives to help individuals and families process grief. But when it comes to a worldwide leader like Moise, it gets even more complicated, she said.

“We have to realize that grief is complex in itself. But with a president, it makes it more conflicting that he was assassinated. Those who live in the United States are wondering what will happen with their family back in Haiti. They’re dealing with the unknown. This may also bring up feelings of having left the country.”

But Mercier said to get to a better state of mind, one has to face the difficult reality. “You have to face the reality that something traumatic has happened. You liberate your soul by anchoring in the truth, regardless of how horrible it is.”

Mercier said many also may feel a sense of embarrassment that their country is in the news yet again for something negative. And the emotions run the gamut, she said. Others may feel a loss of security, wondering if the president can be assassinated, then who are they and will they and family members be safe? And many more are simply brokenhearted. Whether they agreed with the president or not, they didn’t want to see him die that way.

The goal, said Mercier, is to go from grief to restoration. It can be done, she explained. But it takes time, help, and it’s a process. She said she wants to do her best to be there for South Floridians during their period of mourning.

Meanwhile, Daphne Duret, an investigative reporter for the USA Today Network, is faced with processing her own feelings as a Haitian American and also a professional journalist. She met Moise in 2018 while on assignment in Haiti, and said she was as shocked as anyone to learn about the brutality that had occurred. She was vacationing in Orlando when she learned the news. “It was like the death of John F. Kennedy or Dr. Martin Luther King. It was that big of a moment,” Duret said. “It’s a pivotal moment in the history of Haiti. I have questions as a journalist because this will have an effect on my family there. Historically, it’s been a country that’s been exploited both internally and externally,” she noted, underscoring the historic nature of the assassination. “Haiti was the first slave country to gain its independence. The country has had an interesting and complicated history. The next two years will be telling.”

Duret said regardless of one’s political views, it’s life altering. “For friends and family both here and in Haiti, whether they agreed with his policies or not, it brings up a lot of fear and uncertainty, and that’s why people who have never met him, are grieving.” 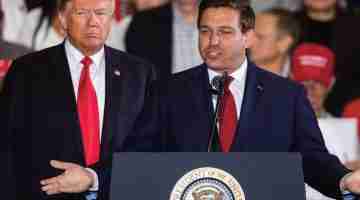 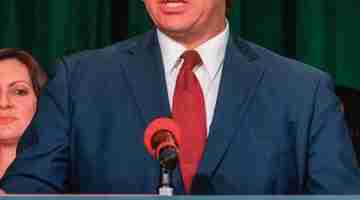