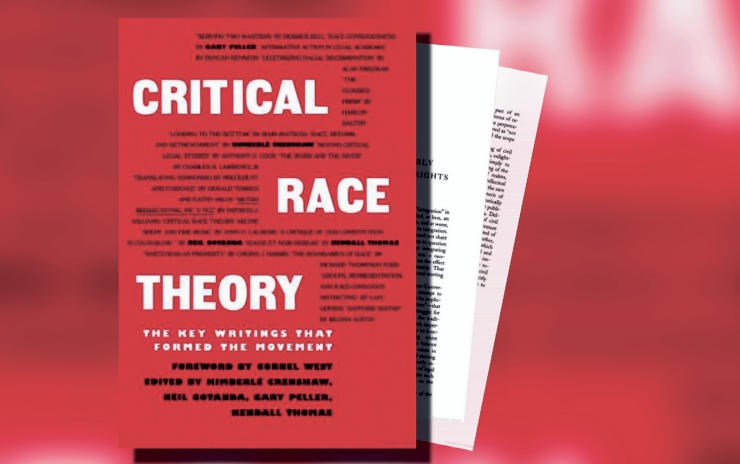 The United States military has become the latest patient in the Biden administration’s efforts to infect our governmental institutions with the critical race theory disease.

This has signiﬁcant consequences for the future of our country, especially our military.

Gen. Mark Milley, Chairman of the Joint Chiefs of Staff, admitted that the critical race theory virus has invaded our military.

Responding to criticism from Republican members of Congress on its being taught at West Point, Milley defended the practice saying that it was important for the military to be “open-minded and widely read: “I want to understand white rage, and I’m white.”

I thought that race had no place in the military’s meritocracy-based system.

Milley is not the only top military leader on the military’s racial woke ship. Adm. Michael Gilday, chief of Naval Operations, is also on board.

In testimony before a House Armed Services Committee hearing, he defended his decision to add the controversial book “How to Be an Antiracist” to the Navy’s recommended reading list to promote diversity and eliminate racism. The implication is that there is racism in the Navy which has to be eliminated.

In subsequent testimony in the U.S. Senate, he refused to answer a question from Sen. Tom Cotton, R-Ark., as to whether he agreed with the book’s author, Ibram X. Kendi, a proponent of the critical race theory, that “capitalism is essentially racist.”

From his refusal to answer, can we conclude that U.S. Navy sailors are ﬁghting for a racist capitalist system?

I wonder if the general and admiral believe that they and their white military colleagues are privileged oppressors of Black members of the military.

It is easy for them to support the woke critical race theory — they have already made it to the top of their professions. Did they achieve their rank and position because of “white privilege”?

Would they argue that their civilian boss, former four-star Army General, Sec. of Defense Lloyd Austin, the ﬁrst Black person to hold that position, had been oppressed by whites during his 44- year Army career?

Critical race theory would not acknowledge his or other Black success stories.

Did the white oppressors give him and thousands of other accomplished Blacks in the military, business, government and religious communities a "get out of oppression jail” free card? Where does Austin stand on the issue?

When Sen. Cotton raised racial wokeness with Austin, he said that "diversity, equity and inclusion" were important to the military and would be important in the future.

As Cotton aptly responded, the issue is “not about diversity but is about a speciﬁc kind of anti-American indoctrination that is seeping into some parts of our military. …"

While Biden and Democrats in Washington focus on indoctrinating American students on the critical race theory tenets of racial identity and division, China’s students concentrate on the essential skills of reading, math and science.

The latest study by the Program for International Student Assessment on math, science and reading, released every three years, found that China ranked number 1 and the United States 25!

The question is whether, under this administration’s military leadership, the words “diversity," “equity” and “inclusion” will lead to assigning racial quotas to Navy Seal teams, Army Delta Force Squadrons, or other military units to further diversity and combat “white privilege” and racism?

The National Aeronautics and Space Agency (NASA) has given them the model. It has announced that it plans to land the ﬁrst woman on the moon in 2024!

The comments and actions of these top American military leaders should bring a smile to their counterparts in China.

While our military is experimenting with divisive race theories and practices, China is exerting its influence worldwide — including Africa, Hong Kong, Latin America and the Caribbean and the South China Sea.

In space exploration, it has sent three astronauts to its space station as noted above, returned rock samples from the moon and landed a six-wheeled robot on Mars in just over six months.

Don’t be surprised if it puts astronauts on the moon to set up a lunar lab before 2024!