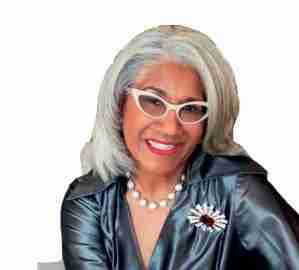 In this season of celebration and anticipation for a better New Year, it is a real challenge to remain hopeful under the current state of affairs.

We are ushering in a brave new world. More people are expressing their unhappiness: on Facebook, at the ballot box, in the streets, exiting the workplace en mass, using guns.

Wait! There is an actual projection from former military leaders for another civil war in the US. Many of my Facebook Friends, who usually post pretty photos, have begun to express dismay, e.g., downturns in their economic well-being; fears of covid, loss of faith in major institutions; hesitancy about the election process; a general malaise. The lament: “We’ve never been here before.” But we also don’t seem to learn from history.

History is not prescient. We only get to tell “What had happened was … ,” and, if viewed through a “never again” prism, history can be instructive; used as a playbook for what we need to do to move forward.

For instance, I am a ﬁrm believer that our human nature has not changed since we started walking upright. Human beings always want more. The grass is always greener. We crave what others have acquired. We kill (especially if motivated by a large reward). We will use other humans to do our bidding; enslaving them, and worse.

Thank goodness our base human nature has been corralled by laws. Especially in so-called Western societies, we have adopted a pantheon of rules, written constitutions, treaties, trafﬁc lights and other restrictions to check our unfettered propensity for exploitation of our fellow man – and other animal co-habitants on this planet.

There are also a wide range of punishments for humans who violate community standards – those who threaten the peace of the general public – or who take away another individual’s rights to life, liberty, and the pursuit of their happiness.

Some think that adoption of these forms of governance have freed human beings to achieve greater advancement; i.e., freedom to develop scientiﬁc models, for ﬁnding cures for life-threatening illnesses, or for cleaning up the environment (which we polluted), and the means to “save the children,” and the dogs, the cats, and almost all animal species (which we endangered), or to privately fund and engage in a race to the galaxies. (I’m amazed at how much human beings have caused their own denouement, only to rush to try to ﬁx the very problems we created).

Empowered groups have waxed and waned over the millions of years.

So why are we feeling unhappy? Some are quick to blame our growing addiction to social media/devices; or the lack or loss of religious practices (“spirituality” is increasing); the breakdown in the nuclear family (choosing familial alliances we want and not the ones we are born into); and some other explanation.

While I’m not sure which of the above factors is most to blame about the current sad state of human beings, I do believe that we are undergoing a revolutionary shift; that humans are evolving, along with the rise in artiﬁcial intelligence on which we are becoming more dependent.

Try leaving your phone off for a day. I think one of the biggest challenges to our existence – on earth – is how we fully integrate our base human characteristics with machines which would, in all likelihood, operate in contrast to our own nature.

Movies aside, can you imagine a robot with insatiable greed, for more of everything? That can develop hatred for their fellow machines? That could develop belief systems that would endorse holy wars? That could kill one another?

That, I think, is where we will ﬁnd more contentment as humans: living in our fullness still seeking “more’ elements for our well-being, but in full concert with the machines we create to help us remain a viable species (see Metaverse and Tesla Bot).

So, here’s to a brave new world in a brave New Year ﬁlled with health, happiness and a guaranteed future for us all. Toniwg1@gmail.com

Previous post In the spirit of the season don’t filibuster our freedom!