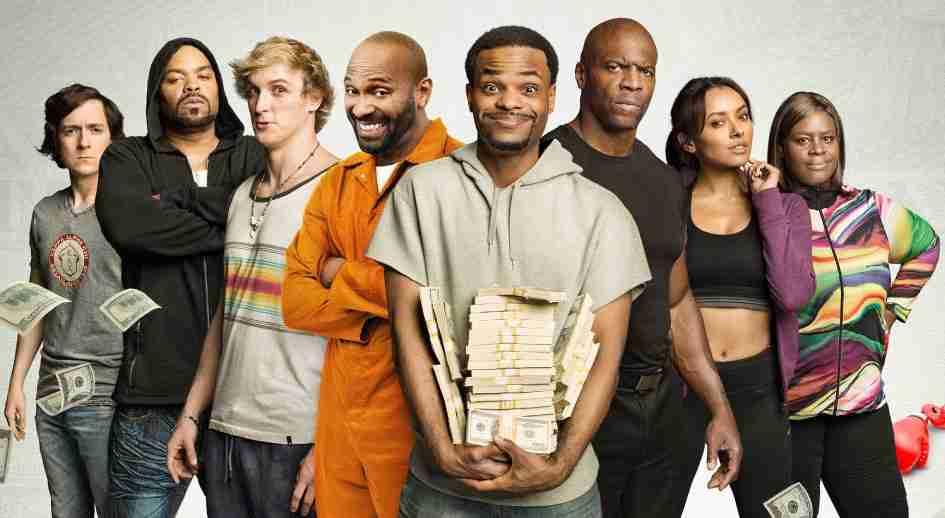 Andrew Bachelor aka “King Bach” (center) will star as the lead of his first full-length feature, “Where’s The Money,” due in theaters Oct. 20.

Andrew Bachelor aka “King Bach,” has a natural comedic prowess that will leave audiences crying-laughing. It is a talent he has used to turn his childhood dream of becoming an actor into a reality.

“Since I was a child, my dream was to do acting. Jim Carey, Will Smith, Martin Lawrence and Jamie Foxx, those are some of my idols. To aspire to be like them was my dream,” Bachelor told the South Florida Times in a phone interview.

Now the Canadian-born, South Florida-raised entertainer is following in his idols’ footsteps after using his enormous success on social media as his ticket to Hollywood.

That influence helped him begin a promising career as an actor, writer and producer for various television shows and films including: “Meet The Blacks,” “Fifty Shades of Black,” MTV’s “Wild ‘N’ Out,” “Workaholics,” “Key and Peele,” “Angie Tribeca,” a recurring role on Showtime’s “House Of Lies” and others.

Tomorrow, Bachelor will make his debut as the leading character in the feature length film, “Where’s The Money.”

The film follows Del (played by Bachelor), who is described in the film’s synopsis as “a quick- witted young man from the streets of South Central who must rush a lily-white USC fraternity to recover a stash of stolen money.”

Bachelor said they shot the movie in just 16 days and he had a great experience filming with the cast that includes other Hollywood heavy-weights like: Mike Epps, Terry Crews, Method Man, Kat Graham, Retta and fellow Vine sensation Logan Paul.

He said he chose to take the role in the film because he wanted to take his career to the next level.

Since his followers are use to seeing him for only six seconds to one-minute at a time, Bachelor said it’ll be new for them to view him in his element for the entire length of the film.

“I think they will be surprised to see me for a whole feature film. It will be pretty amazing … I think they’re gonna be very pleased,” Bachelor said.

As for his South Florida upbringing, Bachelor attended middle and high school at Coral Springs Charter, where he was very involved with sports.

He went on to attend Florida State University (FSU) where he earned a Bachelor’s in Business Management in 2010 and later moved to Los Angeles to pursue his entertainment career. He credits his Florida upbringing and education with helping him become the man he is today.

Bachelor also has his own company, Bach Enterprises, through which he produces, directs and performs on various projects. He and his sister also started the RuJohn Foundation – named after their deceased grandparents – to help underprivileged youth and families in Jamaica and the United States.

When asked why he believes he was able to attain so much success on social media and garner the attention of Hollywood execs despite the saturation of online personalities, Bachelor said he believes he approaches comedy differently.

“I think it’s pretty much my positive energy and also the unique approach I take to my videos. It’s not like every other sketch you’ll see online. Mine are different. They stand out,” Bachelor said.

His advice to those who want to follow in his footsteps: Stay the course.

“Never give up. Really keep doing what you want to do. Write down your goals, write down what your dream is and never lose track of that,” Bachelor said. “A lot of people, they’ll start to lose track and do other things that may come up and they’ll forget what their initial goal is so my advice is never forget your goals.”

“Where’s The Money” opens in theaters Oct. 20 and releases digitally Oct. 24. To keep up with Bachelor’s current and future projects, follow him on Instagram @kingbach.