Enrollment in state pre-K inches up but disparities remain 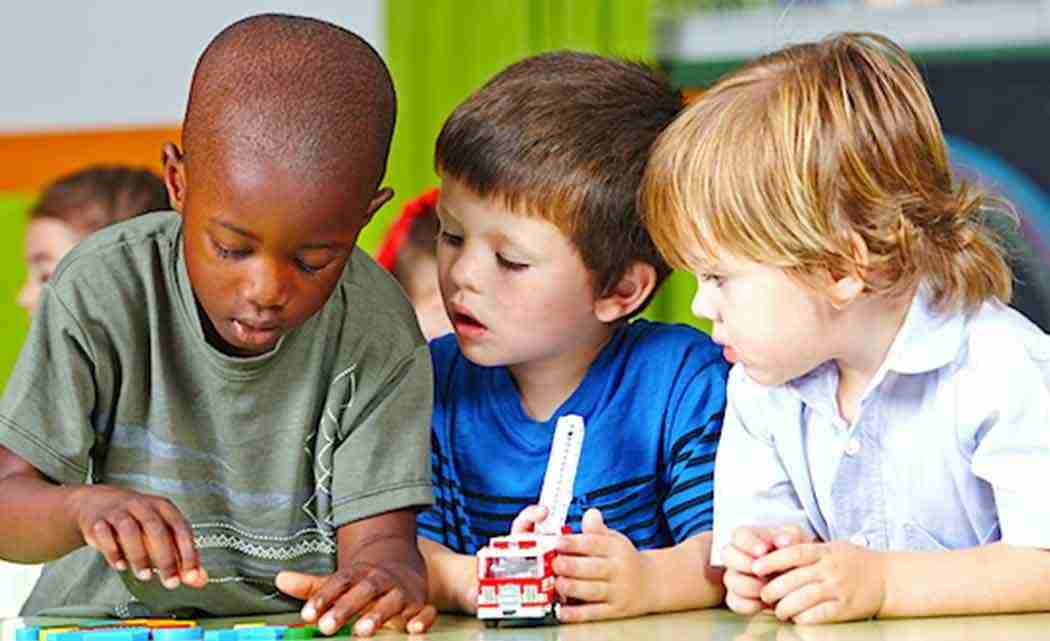 LOS ANGELES (AP) _ Enrollment in state pre-kindergarten programs inched up slightly last year, but there’s been little change in the overall percentage of children participating in the programs, according to a national study on early education released Monday.

“At last year’s pace it will be another 75 years before state pre-K enrolls even all kids in low-income families,” said Steven Barnett, director of the National Institute for Early Education Research, which conducts the annual review on the state of pre-K.

Early education is widely recognized as an important component to helping ensure children from all backgrounds enter school ready to learn. The Obama administration has made it a centerpiece of its education policy, with the president announcing $1 billion in public-private spending on programs for young learners last year.

Overall, 29 percent of 4-year-olds were enrolled in a state-funded pre-K, a percentage that’s changed little since 2010. The numbers don’t reflect participation in the federal Head Start or special education programs.

There were some positive signs in the report: Total state funding for pre-K programs increased by more than $116 million in the 40 states and District of Columbia that offered pre-K throughout the 2013-14 school year. And several states made inroads in meeting more of the 10 benchmarks considered key to a quality program.

“Even though we clearly have work to do on the state and national level, this report confirms we’re moving in the right direction and creating the building blocks for every child to enter kindergarten prepared,” U.S. Education Secretary Arne Duncan said.

Florida, Oklahoma, Vermont and the District of Columbia topped the rankings in access _ each served more than 75 percent of all 4-year-olds. Five other states enrolled more than half: Georgia, Iowa, Texas, West Virginia and Wisconsin.

The report highlighted Michigan, Nebraska and Ohio for significant expansions. Mississippi, which previously did not have a pre-K program, invested $3 million to enroll nearly 2,000 children.

Meanwhile, 11 states operated programs serving fewer than 10 percent of 4-year-olds and 10 states had no program at all.

The disparities have increased over time.

“It matters even more what zip code you live in,” Barnett said.

Barnett noted that the expansions have been largely bipartisan, with both Democrat and Republican governors championing early education. Still, initiatives like Obama’s 2013 proposal to provide universal pre-school access through a federal-state partnership have floundered in Congress.

A 2003 study by University of Kansas researchers found that by age 3, children from privileged families have heard 30 million more words than children from low-income backgrounds. A report published by University of California professors last year found that Latino children already trail their white peers in language and communication skills when they enter preschool around 2 or 3 years of age.

“Quality pre-K is an important piece of the puzzle in reducing these early disparities,” said Bruce Fuller, co-author of the University of California study.

The National Institute for Early Education Research has identified 10 indicators considered hallmarks of a quality program, including a teacher with a bachelor’s degree and specialized training in early education. The Institute of Medicine and the National Research Council recently recommended that all pre-K teachers have a four-year college degree in the field. Fifty-seven percent of state pre-K programs required a bachelor’s degree, up two points from the previous year.

Two of the states enrolling the largest number of children _ Texas and Florida _ met less than half the indicators. Overall, more than half a million children _ or 40 percent of nationwide enrollment _ participated in programs with fewer than 50 percent of the quality standards.