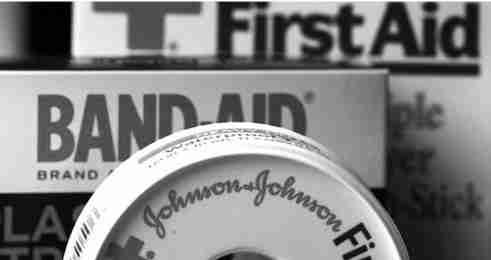 Johnson & Johnson edged Wall Street profit expectations for the fourth quarter but announced a lower-than-expected 2017 forecast and said it would start shopping its diabetes care businesses.

The maker of Band-Aids, medical devices and prescription drugs also said it expected full-year adjusted earnings of $6.93 to $7.08 per share on $74.1 billion to $74.8 billion in sales.

Analysts expect, on average, earnings of $7.11 per share on $75.07 billion in revenue, according to FactSet. Shares of the world’s biggest maker of health care products slipped in early morning trading.

That topped average analyst expectations by two cents, according to Zacks Investment Research.

The conglomerate also saw revenue climb about 1.7 percent to $18.11 billion in the period, led by growth in consumer products and prescription drugs, its largest business. The total matched Street forecasts.

A surge in beauty product sales helped worldwide sales of the consumer segment grow 3.4 percent to $3.43 billion. Pharmaceutical revenue climbed 2.1 percent to $8.23 billion even though sales of top-seller Remicade slipped.

The biologic immune disorder drug’s revenue dropped 3.3 percent to $1.62 billion in the quarter. Remicade treats rheumatoid arthritis, psoriasis, Crohn’s disease and colitis and has made tens of billions of dollars for J&J since its 1998 launch. But it is facing competition from Pfizer’s Inflectra, a near-copy of the injected biologic drug.

Shares of the New Brunswick, New Jersey, company slipped $1.16 to $112.75 in premarket trading Tuesday. The company’s shares had climbed around 19 percent in the last 12 months.