Riviera Beach Police have opened a homicide investigation into the death of 21-year-old Dakota Haenel, whose body was found at 6 West 32nd Ct. The manner of death has not been released. Authorities urge anyone with information to contact Palm Beach County Crime Stoppers at 800-458-8477.

Derren Morrison, 26, of Palm Springs was found laying in the middle of the street with blood smeared on his arms. Police followed the trail of blood to the home of an 82-year-old woman who was bleeding profusely. The woman told police she answered a knock at her door and Morrison barged in and attacked her. They questioned Morrison, who allegedly said he was on the drug flakka. He was arrested and charged with attempted murder and assault. The victim was taken to the hospital and was released after being treated. 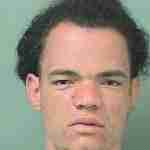 Like other municipalities that are dealing with homeless people, Riviera Beach Police are arresting the homeless who are caught with shopping carts and other items. Travis Bullock, 30, who does not have a fixed address, was arrested recently after a Riviera Beach police officer saw him sitting on a plastic milk crate outside of a liquor store. He was charged with illegal possession of a dairy case, and is being held without bond. 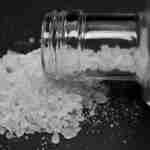 It was once my opinion that there would never be any drug more dangerous or addictive than crack cocaine. I was wrong. Now comes along flakka, the most dangerous drug that has ever plagued South Florida streets. At a cost of under $5 per hit, flakka is rapidly catching on in schools, at parties and playgrounds. It is being used with marijuana and other drugs. Flakka increases body temperature immediately to intolerable levels, causing users to strip naked to get relief. Flakka also causes extreme delirium, paranoia and superhuman strength. The Broward Sheriff’s Office is holding a series of forums to educate and communicate the dangers of flakka to kids and the community. For the list of dates, times and locations go to sheriff.org. 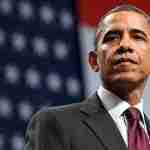 SMS Cuba, a Fort Lauderdale-based technology company, is offering unlimited two-way, text messaging service between the United States and Cuba. It represents one of the first business initiatives into Cuba since President Barack Obama announced the re-establishing of diplomatic relations with the island nation.

Terequon Williams, 30, is accused in the shooting death of his neighbor, Fahium Ali. According to police, the two argued about Ali’s alleged intentions to shoot up a house where Williams’ sister and her children lived in the 2500 block of NW 67th Street in Miami on May 27, 2014. Williams fled, but recently was captured. He is being held without bond.

Former Homestead Mayor and Miami-Dade County Commissioner Lynda Bell is now the chair of the National Right to Life Coalition. Bell takes over the helm from Geline B. Williams, who served for 34 years. 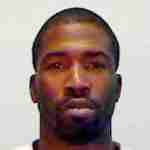 Sean Michael Stacy, 37, an inmate who escaped from Monroe County Jail on Plantation Key while working outside as a trustee, has been captured. Florida City Police Department officers arrested Stacy at a local business after receiving a tip about his whereabouts.

Keyonbie Humphrey, 33, has pleaded guilty to federal drug possession charges and will serve 10 years in prison, followed by five years of supervised release. Humphrey had faced up to 40 years in prison. According to published reports, local, county and federal law enforcement officers raided a trailer in Key West, and found crack cocaine, marijuana and $1,200 in cash. According to an arrest report, Humphrey, who has a history of drug arrests, admitted the items were his.