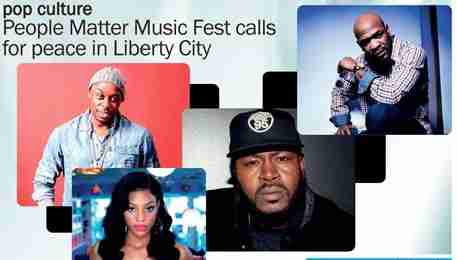 The festival will take place on Saturday, June 17 from 1 p.m. to 8 p.m. at Charles Hadley Park, 1350 NW 50 Street in Miami. The fest is open to the public and requires RSVP at PeopleMatterFest.eventbrite.com.

The fest is a vehicle from the radio personality’s “Papa Keith 4 People Matter” or #PK4PM millennial movement and social media campaign.

Attendees can also expect a Juneteenth village, kids zone, father and son 3-on-3 basketball tournament, battle of the DJs, some of South Florida’s most savory food vendors/trucks, art exhibits and more.

There will be a city-wide call for a 24-hour Cease Fire preceding the fest, which will challenge Miami-Dade County to put the guns down for 24 hours beginning at 8 p.m. on June 15 and continuing through 8 p.m. on June 16.

The campaign will include a social media memorial dedication to 24 different parents who have lost children to senseless acts of gun violence.

The dedication will be kicked off by Sybrina Fulton, mother of Trayvon Martin, and closed out by Santonio “BLAZE” Carter; father of King Carter, a 6-year-old boy who was tragically killed by a stray bullet in Miami while playing outside his apartment complex.

Overall, the fest will offer a day of fun, food, peace and unity in the community. Papa Keith has always felt that certain communities are “…overlooked and underserved.”

Therefore he is working to level the playing field and create an all-inclusive entertainment opportunity through PK4PM.

For vendor inquiries, contact Ernisha Randolph at ernisha.r@gmail.com. Sponsorship opportunity requests can be addressed to Janey Tate at janeytate@iheartmedia.com.