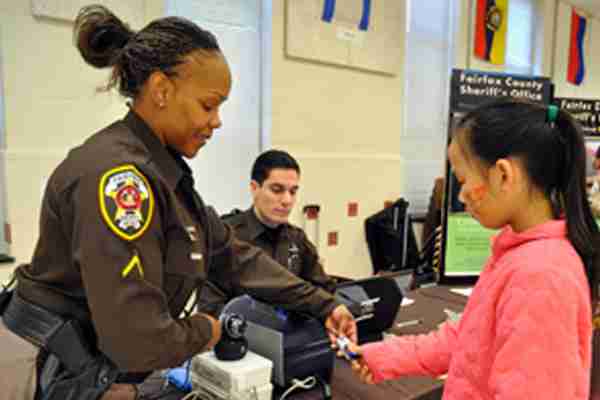 PEMBROKE PINES — Hoping to reduce the number of children who are abducted in the United States each day, an Illinois-based organization is equipping South Florida parents with digital fingerprints of their young ones to keep on file.

Operation Kidsafe, based in Springfield, IL, uses equipment that captures the child’s picture and fingerprints using a digital video and fingerprinting capture devices with specialized software.

The captured data is assembled and a printout is given to the parent. The parent can use the printout they receive

to provide to law enforcement anywhere in the world to instantly aid in an investigation, said Mark Agnew, a company regional director. Parents take home the only record of the visit that is ready to hand to law enforcement in an emergency.

The service will be provided for free through Saturday, Sept. 20, at Pines Ford Lincoln, 8655 Pines Blvd. in Pembroke Pines. Parents can stop by from 9 a.m. to 8 p.m. weekdays and 9 a.m. to 7 p.m. on Saturday for assistance.

Agnew said Operation Kidsafe shipped the equipment to the dealership. Front office employees were trained via a series

of conference calls. Parents can come to the location with their children and request prints.

“It seemed like a good thing to do,” said Tom King, parts and service director at the dealership. “Fingerprinting … seems like a reasonable precautionary task. It’s recommended by the National Center for Missing and Exploited Children.”

Operation KidSafe was started around 2000 by Mark Bott, a child-safety advocate. Agnew said that in 2012, the company reached the 1 million mark in fingerprinting children.

According to Parent Magazine, a child

in the United States is reported as missing or abducted every 40 seconds. In 2001, 840,279 adults and children were reported missing to the FBI’s National Crime Information Center (NCIC). The FBI estimates that children account for up to roughly 2,000 per day of those reported missing. The vast majority of the cases are resolved within hours.