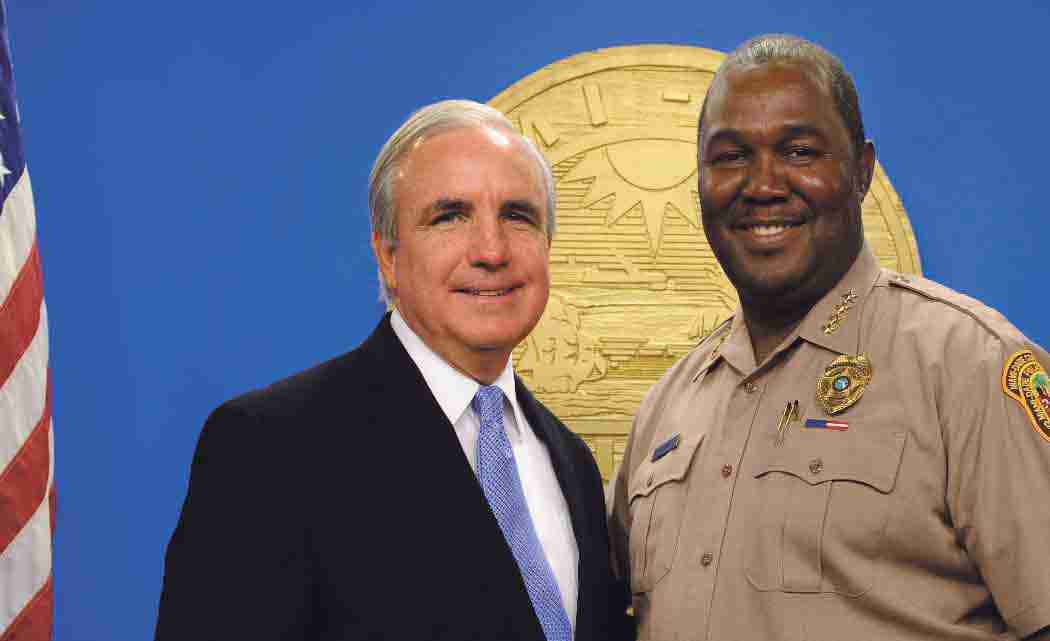 The scrutiny on police officers around the country has grown in the wake of the outcry over the deaths of unarmed civilians like Mike Brown and Eric Gardner and a brighter light is shining on police departments from coast to coast. As the Director of one of the largest law enforcement agencies in the United States, J.D. Patterson of the Miami-Dade Police Department is resolute in how his officers are viewed by the community.

“The officers of the Metro-Dade Police Department are not agents of brutality,” said Patterson. There have been 9 police-involved shootings in his department this year – two of them were fatal. These cases are normally referred to outside agencies for additional investigation.

“We have a clear and defined policy [and] a very thorough process” that involves the local State Attorney’s Office and the Florida Department of Law Enforcement.”

While the MDPD has long cooperated with the State Attorney’s Office in instances of police-involved shootings, this relationship with the FDLE is unique to police departments in the state and is “still being developed.” Patterson said he expects the outside investigative agency relationship with the FDLE to be official by January 1, 2015. “Mayor [Carlos] Gimenez has always done his best,” said Patterson, to ensure greater accountability.   “It was his idea a long time ago.”

MDPD has already started referring instances of police-involved shooting to the FDLE and the Memoranda of Understanding cementing the relationship is in Tallahassee “waiting to be signed,” said Patterson.

Also in the works are Body 1 Cameras to be worn by MDPD police officers.   “We’re still trying to get the bugs worked out” but, Director Patterson added, the process has been “accelerated since Ferguson.” Patterson said that the project has been studied since the beginning of his tenure as Director two years ago. The first planned phase for the cameras will involve about a quarter of 2,000 uniformed MDPD officers (there are a total of 2,800 officers under Patterson’s supervision). “We’re going to start with 500,” he said.   Among the details that have to be worked out before the Body 1 Cameras can be deployed on MDPD police officers include purchasing units, training officers, updating Department policy plus modifying state public record laws to protect victims of crimes.   Patterson added that pertinent polices are “being worked on” especially with the Department’s union, the Police Benevolent Association, who, Patterson added, “has concerns.” Patterson did not elaborate on what those concerns were for the PBA.

Patterson said his department has been “looking and learning” from what has been happening across the country in the aftermath of the police-related deaths of Michael Brown and Eric Gardner. “Nobody wins when violence like that occurs.”

A native of Miami’s Brownsville neighborhood, Patterson added that his department has learned lessons from the deeply fractured relationship between local police and the black community in Miami-Dade County beginning with the death 35 years ago this month of Arthur McDuffie. “The Department has learned that you have to be transparent,” said Patterson who pledged that “it won’t happen again.”

The soft-spoken Patterson said – “personally” – he finds what has been happening “disturbing and disappointing.” He explained that “we need to go beyond police interaction [and focus on how] we interact with each other.”

“There are enough of us here to make a change.”

Patterson said that is “disturbing” that of the 82 murders investigated by his department in 2014 over half involved Black victims and Black suspects/perpetrators yet “no one is even protesting it.”

“Every life is important.”