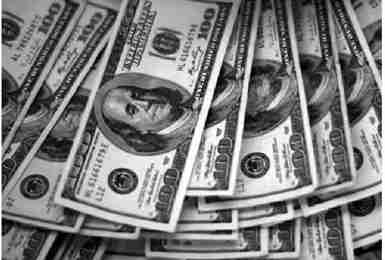 Millions of dollars are at stake for foreign businesses with operations in the US.

WASHINGTON – At a time of public skepticism about globalization, a dozen CEOs from foreign-based companies with big U.S. operations meet Tuesday with Treasury Secretary Steven Mnuchin, Commerce Secretary Wilbur Ross and congressional leaders to talk up the benefits of foreign investment.

Executives from Airbus Americas, Panasonic Corp. of North America, Samsung Electronics America and other firms will make the case for policies they say will keep foreign firms coming to America.

“We’re all facing a much stronger populist environment,” said Nancy McLernon, president of the Organization for International Investment, which organized the meetings. “We want to ensure that foreign investment in the United States is not a blind spot.”

Preliminary numbers from the Commerce Department show that foreignbased companies invested $396 billion into their U.S. operations last year, up 12 percent from 2015. Those companies employ 6.4 million workers in the United States.

President Donald Trump is pursuing what he calls an “America First” economic agenda and has spoken of tearing up trade agreements and imposing taxes on companies that move out of the United States, produce goods in another country, then export back to the U.S.

Joseph Taylor, CEO of Panasonic North America notes that complicated global supply chains make it harder to define products as “Made in America” or “Made in China.”

Often, components are produced in several countries, then shipped to the United States for assembly. Or vice versa. Under the North America Free Trade Agreement, which Trump wants to renegotiate, many manufacturers set up operations in the United States and Mexico and ship components across the borders.

“Our supply chain extends to Japan to Spain to Mexico,” Taylor said. “You can’t just say, ‘We can do everything’” in one country.

Barry Eccleston, CEO of Airbus Americas, says the populist backlash against free trade “creates an uncertainty” about where trade and other economic policies are headed. “Businesses like certainty,” he said. “My CFO likes certainty.”

But some of the CEOs also support Trump’s plans to cut regulations and reduce corporate income taxes as part of an overhaul of the U.S. tax system.