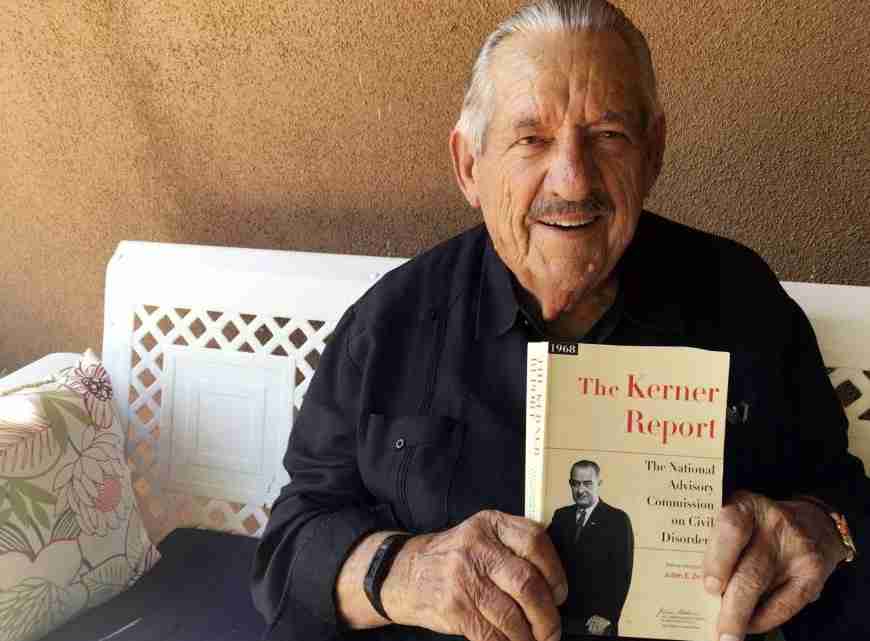 ALBUQUERQUE, N.M. (AP) — Barriers to equality pose threats to democracy in the U.S. as the country remains segregated along racial lines and child poverty worsens, according to study made public Tuesday that examines the nation 50 years after the release of the landmark 1968 Kerner Report.

The new report blames U.S. policymakers and elected officials, saying they’re not doing enough to heed the warning on deepening poverty and inequality that was highlighted by the Kerner Commission five decades ago and it lists areas where the country has seen “a lack of or reversal of progress.”

“Racial and ethnic inequality is growing worse. We’re resegregating our housing and schools again,” former Democratic U.S. Sen. Fred Harris of Oklahoma, a co-editor of the new report and the last surviving member of the original Kerner Commission created by President Lyndon Johnson in 1967. “There are far more people who are poor now than was true 50 years ago. Inequality of income is worse.”

And although there has been progress for Hispanic homeownership since the Kerner Commission issued its report, the homeownership gap has widened for African-Americans, the new study found.

The report blames the black homeownership declines on the disproportionate effect that the subprime mortgage lending crisis had on African-American families.

In addition, gains to end school segregation were reversed because of a lack of court oversight and housing discrimination, the new report said. The court oversight allowed school districts to move away from desegregation plans and housing discrimination forced black and Latino families to move into largely minority neighborhoods. In 1988, for example, about 44 percent of black students went to majority-white schools nationally. Only 20 percent of black students do so today, the report said.

The result of these gaps means that people of color and those struggling with poverty are confined to poor areas with inadequate housing, underfunded schools and law enforcement that views those residents with suspicion, the report said.

Those facts are bad for the whole country, and communities have a moral responsibility to address them now, said Harris, who now lives in the village of Corrales near Albuquerque.

The new report calls on the federal government and states to push for more spending on early childhood education and a $15 national minimum wage by 2024. It also demands more regulatory oversight over lenders to prevent predatory lending, community policing that works with nonprofits in minority neighborhoods and more job training programs in an era of automation and emerging technologies.

“We have to have a massive outcry against the state of our public policies,” said the Rev. William J. Barber II, a Goldsboro, North Carolina pastor who is leading a multi-ethnic “Poor People’s Campaign: A National Call for Moral Revival” next month in multiple states.

The late President Johnson formed the original 11-member Kerner Commission as Detroit was engulfed in a raging race riot in 1967.

Five days of violence over racial tensions and police violence left 33 blacks and 10 whites dead, and more than 1,400 buildings burned. More than 7,000 people were arrested.

That summer, more than 150 cases of civil unrest erupted across the United States. Harris and other commission members toured riot-torn cities and interviewed black and Latino residents and white police officers.