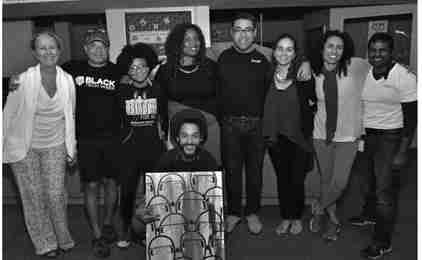 Inspired by Miami-Dade County’s forthcoming Art Basel festivities, Commissioner Jackson created the Fair to expose local youth enrolled in grades 2-12 to emerging career options in STEAM fields in hopes of preparing them for today’s increasingly-competitive workforce. She and her team collaborated with a group of sponsors ready and willing to support her vision. They included Myra Wexler, known as the ‘Queen of Wynwood,’ Atlantic Broadband and Philip Stein, Inc.

“We invited tech companies, local artists, designers, app developers and industrial designers who believe in community outreach and were willing to showcase their talents to young students,” said Commissioner Jackson. “For the most part, all the workshops were hands-on so parents and children could enjoy working on projects together.”

After winning her recent election, Commissioner Jackson is already contemplating the future of the fair, which she believes was a successful example of her mission to host educational, culturally-influenced events during her term.

“By the end of the afternoon, I think we succeeded in sparking an untapped interest among these children, along with a stronger desire to learn and grow,” she said. “We want to enrich the lives of our residents, and I wholeheartedly believe that offering inter- generational experiences will solidify this mission. Hopefully the fair will serve as a vi- able asset for both children and their parents,” she said.