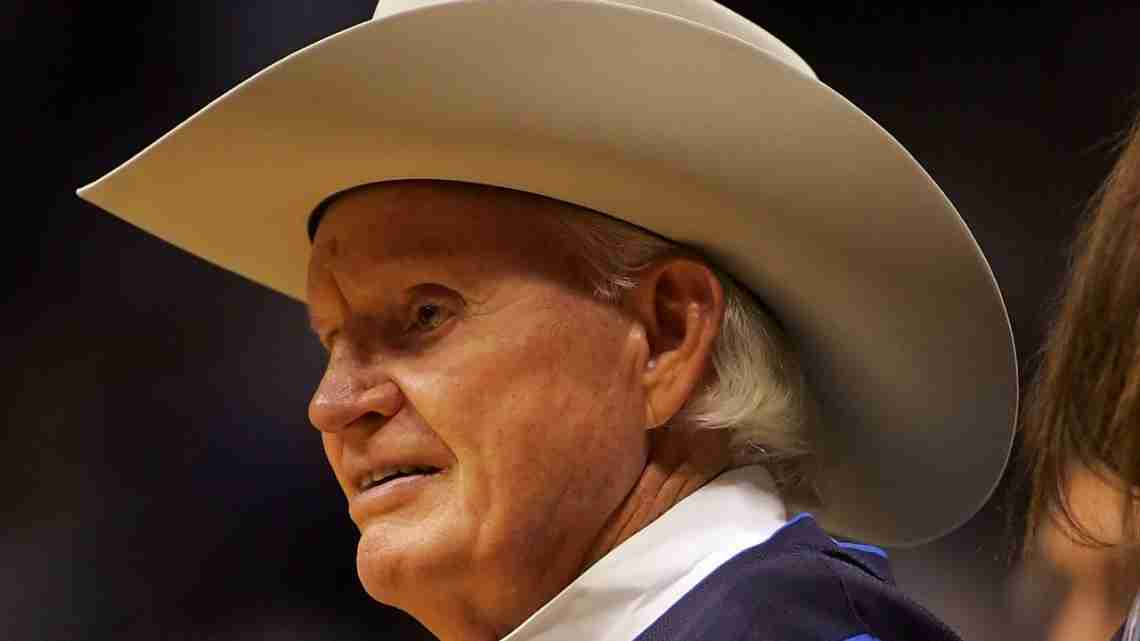 DALLAS (AP) – Don Carter, the owner who was instrumental in bringing the NBA to Dallas with the expansion Mavericks in 1980, has died. He was 84.

The Dallas County medical examiner said he died Feb. 14. The cause was not disclosed.

The Mavericks were a model franchise in the early days, quickly becoming a contender and reaching the Western Conference finals in 1988 before losing to the Los Angeles Lakers.

When Dallas won the franchise’s only championship in 2011, owner Mark Cuban invited Carter to celebrate with the team on the court in Miami.

Commissioner David Stern handed the trophy to Carter, who was wearing his trademark white cowboy hat that was part of the team’s early logo.

Cuban, who bought the team in 2000, called Carter and his wife, Linda, the “guiding lights for the organization.”

“To say he will be missed does not do justice to just how important Mr. C has been to the Dallas Mavericks and the city of Dallas,” he said.

The Mavericks will honor Carter with a moment of silence before their next home game, Feb. 26 against Indiana.

Carter remained a regular at courtside after selling the team, but his appearances slipped in recent months because of declining health. He wasn’t there when the Mavericks retired guard Derek Harper’s number last month.

Harper was among the early star players for Carter, along with Mark Aguirre and Rolando Blackman.

Carter and Sonju negotiated with the NBA for months before the league agreed to let Carter pay half of the $12 million expansion fee in two early installments rather than requiring all $6 million up front.

The team was introduced on May 1, 1980, in downtown Dallas near the site of Reunion Arena, which was the team’s home for 21 seasons. Carter told The Dallas Morning News in 2005 that part of his decision to acquire a franchise was as a present to his wife, who had been a standout high school basketball player.