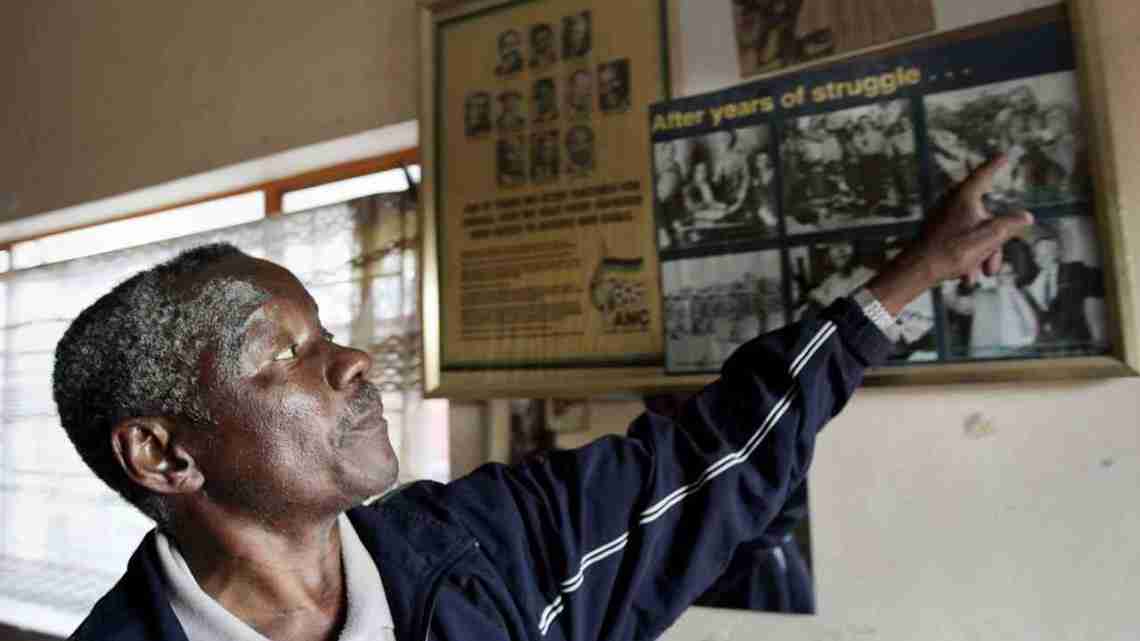 PHOTO COURTESY OF ENCA PIVOTAL PHOTO: Sam Nzima, the photographer who took a heartbreaking photo of a young dying South African student being carried by a classmate, has died.

JOHANNESBURG (AP) -Tributes are being paid following the death of Sam Nzima, the South African photographer who took the iconic image of a black high school student carrying a fatally wounded fellow pupil away from the gunfire of apartheid police in 1976.

Nzima, 83, died Saturday night in a hospital in the northwestern city of Nelspruit, said his son, Thulani Nzima. The photographer had collapsed two days earlier but did not recover in the hospital, he said.

“Sam Nzima was one of a kind,” said President Cyril Ramaphosa, in a statement Sunday. “His camera captured the full brutality of apartheid oppression on the nation’s psyche and history.” Nzima’s photo of the dying Pieterson “caused the world to come to terms with the … evil of the apartheid system,” said South Africa’s ruling party, the African National Congress, in a statement. “This came at a price to Nzima who was subjected to countless acts of intimidation.”

Harassed by the apartheid regime, Nzima resigned from The World newspaper and left Johannesburg for his hometown Lilydale, where he was placed under house arrest for 19 months.

Nzima said that for many years he regretted taking the photo because it destroyed his career in journalism. But he became proud when he saw the lasting influence of his photo and its contribution to ending apartheid, he said.

In 1998 Nzima won the copyright for the much reproduced photo. In his later years he taught photography to young students in rural Bushbuckridge in Mpumalanga Province.

Nzima’s photo is the centerpiece of the Hector Pieterson Memorial and Museum which shows history of the Soweto students’ uprising on June 16, 1976. The museum was opened in Soweto in 2002 and is one of South Africa’s most visited sites. Pieterson’s sister, Antoinette, whose grief is captured in the photo, has for many years been a guide at the museum.

In 2011 Nzima was awarded South Africa’s Order of Ikhamanga, which honors South Africans who excel in the arts, culture and journalism. Nzima’s photo was named one of the 100 most influential photographs in history by Time Magazine in 2016.

“Suddenly the world could no longer ignore apartheid,” wrote Time. “The seeds of international opposition that would eventually topple the racist system had been planted by a photograph.”

Next post Muslim fasting month of Ramadan to start Thursday