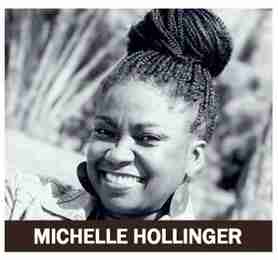 Maya Angelou said, “When someone shows you who they are, believe them the first time.” Well, because I believed white women when they voted a racist, narcissistic, self-professed sexual predator into the White House; their huge level of support for Alabama senatorial candidate Roy Moore came as no surprise.

Here’s what else I believe – I believe the women who voted for Donald Trump and/or Roy Moore are weak and so disconnected from their true power they vote against their own interests. How else do you explain women voluntarily choosing to elect a man who was accused of making advances against several teenagers when he was in his 30s; one of whom he allegedly raped? Or a man they actually heard bragging about sexually assaulting women; boasting about grabbing women by their vaginas?

I’m tired of weak white women. Exhausted even. It takes too much brain power and emotional energy to try to understand where they’re coming from. So, to preserve my sanity and reduce the stress that comes from trying to control things you can’t, I was ready to banish them from my consciousness.

Just before I did; however, the sacred part of me that knows we’re all one despite my sisters’ ignorance, led me to do a little research to find some courageous white women capable of caring for someone other than themselves and the men who dominate them.

It didn’t take me long to discover the Association of Southern Women for the Prevention of Lynching (ASWPL). Jessie Daniel Ames, a white woman, founded the organization in 1930 after she heard Nannie Helen Burroughs, a black woman, say that lynching was carried out for the protection of white women and “when white women were ready to stop lynching, they’d stop it and it wouldn’t be stopped before.”

Burroughs, a brilliant, courageous, African American educator, activist and business woman also called out President Woodrow Wilson for his silence about lynching and was promptly placed under government surveillance.

Weak white women responded to Burroughs’ challenge by carrying on with their marginalized lives as spectators to and excuses for – the lynchings of Black men by their husbands, fathers, brothers and neighbors.

Ames had a different reaction. Ames believed it was the responsibility of women’s organizations to try and solve racial problems. She was about lifting the oppressed, so she got busy convincing other like-minded women to join her anti-lynching campaign. Get this, Ames and other Southern white women went into the community and persuaded law enforcement officials to sign a pledge to do everything in their power to protect their prisoners from being lynched. (Let that sink in a minute. White women asked police officers to stop killing Black men.)

The ASWPL members took a stand and spoke up in a way only they could.

“Lynching is an indefensible crime. Women dare no longer allow themselves to be the cloak behind which those bent upon personal revenge and savagery commit acts of violence and lawlessness in the name of women. We repudiate this disgraceful claim for all time.”

These were women of integrity. Women of principle. Women who understood that human dignity begins with the self, but does not end there. They got sick and tired of being exploited by white men who lied pathologically about them being assaulted by Black men.

From Facing South, an online magazine of the Institute of Southern Studies: This “Southern rape complex,” the Association argued, had no basis in fact. On the contrary, white women were often exploited and defamed in order to obscure the economic greed and sexual transgressions of white men. Rape and rumors of rape served as a kind of folk pornography in the Bible Belt. As stories spread, the “victim” was described in minute and progressively embellished detail: a public fantasy which implied a group participation in the rape of the woman almost as cathartic as the lynching of the alleged attacker.

Recognizing the strength in numbers, Ames and her ASWPL members recruited local churches, social clubs and politicians to sign pledges condemning lynching. They held lectures, published anti-lynching pamphlets and spoke at colleges and fraternal organizations. Don’t think they didn’t face opposition. They did. But because they were led by their souls and believed that right is right, they persisted; ultimately gaining the support of 109 women’s groups which endorsed the anti-lynching campaign and 44,000 individuals who signed anti-lynching pledges.

Ames and ASWPL also used sisterhood to save lives. They went, via Baptist and Methodist missionary societies, into small rural communities to connect with the wives and daughters of the men who lynched; enlightening and empowering their sisters to do the right thing.

Their efforts were successful. In 1940 there were no recorded lynching of African Americans, a first since the end of the Civil War. (Black people know just because there were none recorded does not mean no one was lynched, but still, this was progress.)

Ames and the ASWPL made a difference. Surprisingly, though, she opposed federal anti-lynching legislation, a decision that seemed to contradict her beliefs.

She apparently thought, based on what she and the ASWPL members had accomplished, eradicating lynching from the state level was more effective than a watered down federal mandate.

Ames died in 1972 at the age of 88 in Austin, Texas. The question is – where are the descendants of Ames and the other ASWPL members? Wherever they are, I would love to meet them and ask them if, like their ancestors, they would try to talk some sense into their weak sisters for the good of us all.

Michelle Hollinger is publisher of The Sisterhood and the author of the soon to be published book, Worthy. Contact her at michelle@thesisterhoodmagazine.com.