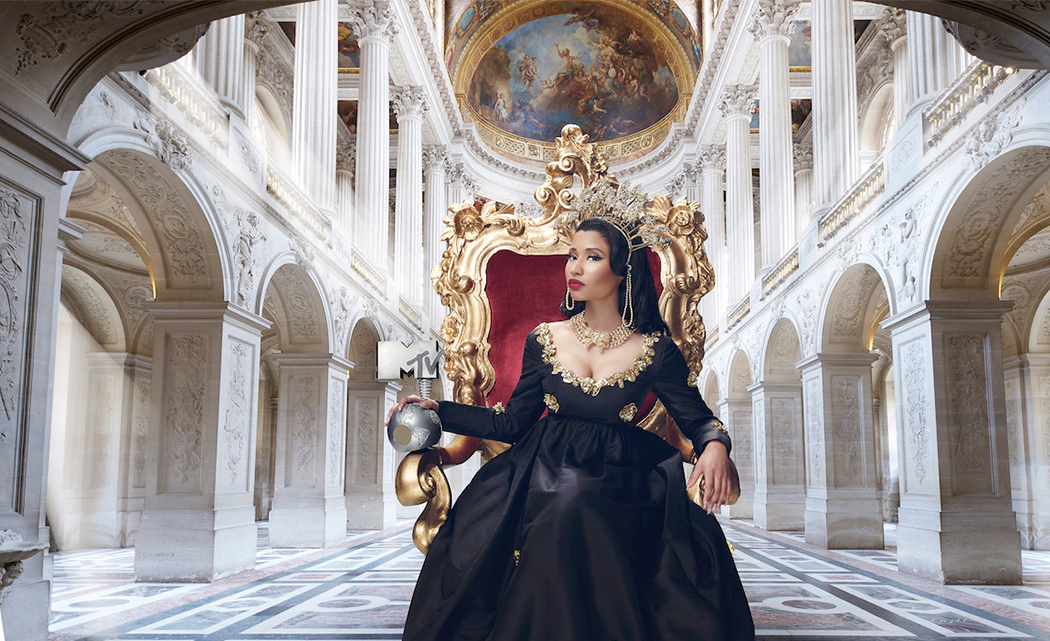 GLASGOW, Scotland (AP) ← Nicki Minaj says she is an excited host  and nominee  as she prepares to take the stage at Sunday’s MTV Europe Music Awards in Glasgow.

Minaj, who is up for best female and best hip-hop act trophies, said she was “working on my Scottish accent” before the show at Glasgow’s SSE Hydro arena.

The rapper, who skirted the line between kudos and controversy with her bum-centric hit “Anaconda,” may offer the quality show producers covet the unexpected. The awards’ finest moments over the years have been seemingly unscripted, as when Miley Cyrus smoked a joint during the show in Amsterdam last year.

“I’m most excited about experiencing the crowd, because I was told they are a very live crowd and I like crowd participation and I like speaking directly to the people,” said Minaj, whose new album is due for release next month. “So, I’m excited to see how that is going to work.”

Alicia Keys, U2, Enrique Iglesias and Beyonce are among the acts scheduled to perform at the awards, which celebrate world music talent as well as North American stars  and will take on a distinctly Scottish flavor this year.

Scottish DJ Calvin Harris, who was due to perform, has pulled out of the show because of illness, MTV said.

Presenters include guitar hero Slash, party rapper Redfoo  who has promised to wear a kilt  and actor David Hasselhoff.

Winners of the awards, which visit a different European city each year, are selected by fans across the continent.

Next post Obama says Lynch will carry on equal justice