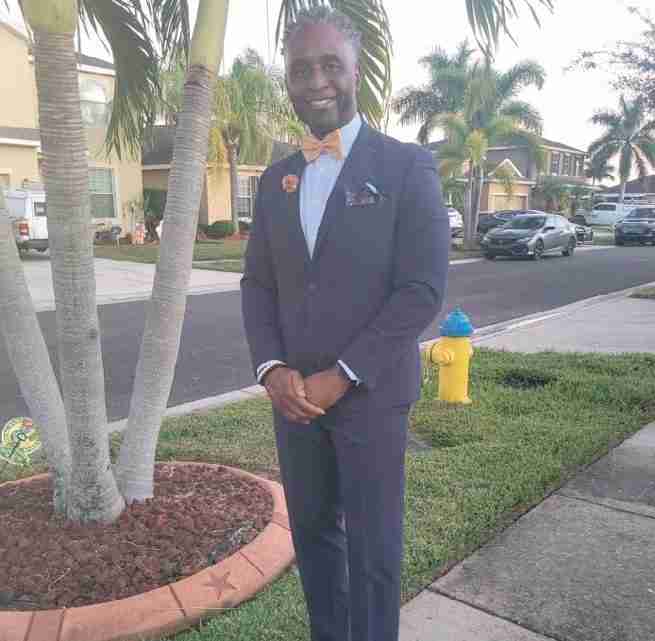 Tamarac, Fla. – Tamarac resident Kenneth Goff was home shaving morning when he felt a small lump on the left side of his neck.

After a CT scan at Broward Health Medical Center in August 2020, Goff was diagnosed with HPV-mediated squamous cell carcinoma, a type of throat cancer. This cancer is similar to what actors Michael Douglas and Stanley Tucci have battled. The treatment of HPV-related oropharyngeal squamous cell carcinoma may include surgery, radiation, chemotherapy or combination of the treatments.

Ryan H. Sobel, M.D., a head and neck surgical oncologist at Broward Health Medical Center, prescribed radiation to treat Goff’s isolated neck mass. Prior to radiation treatment, Sobel performed a submandibular, or saliva gland transfer, an intricate surgery only a handful surgeons across the country are skilled at performing. He is currently the only surgeon utilizing the technique in Broward and Palm Beach counties.

Dr. Sobel strategically relocated one of Goff’s saliva glands. It was moved about three inches from the right side of his throat to under the chin to place it out of direct range of the damaging effects of radiation.

Patients diagnosed with throat cancer face a difﬁcult choice: Treat the cancer with radiation and risk losing their ability to swallow and taste, or don’t treat the cancer and risk terminal illness.

“By safely moving saliva glands away from direct radiation, we are able to help mitigate longterm risks such as the ability to taste and swallow and signiﬁcantly preserve a patient’s quality of life,” said Sobel.

For Goff, his radiation treatments began with Evan Landau, M.D., a radiation oncologist at Broward Health. “He prepared me very well and told me in advance what to expect so I could prepare myself mentally and physically,” Goff said. “He said my taste buds would change during radiation and advised me to gain 20 pounds before starting treatment.”

The radiation treatment temporarily affected Goff’s saliva gland. He lost his sense of taste and suffered from severe dry mouth. He’s now 90% back to normal thanks to Dr. Sobel’s revolutionary procedure.

Goff was able to continue working as probation ofﬁcer during his treatments. “Everyone thought I was crazy coming to work during radiation,” he said. “I didn’t want to sit home.”

Goff’s last treatment was December 2020. He now advocates for being proactive.

“We need to take care of our bodies and pay attention to it,” he said. “I’m that kind of guy that when something doesn’t feel right, I run to the doctor,” Goff said. “Some people, when they feel a little lump, don’t do anything. When our bodies our trying to tell us something, we need to listen.”