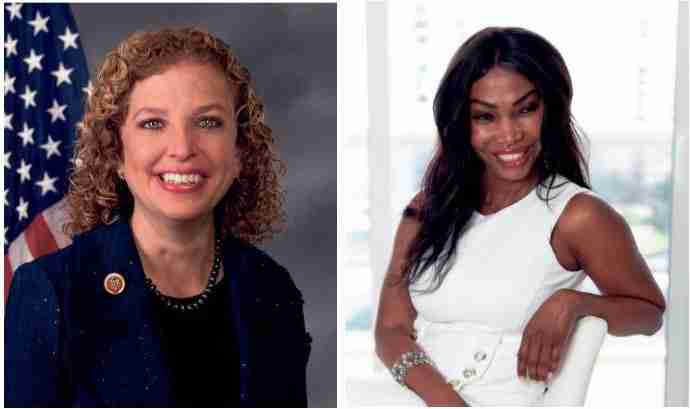 Schultz defeated Spalding, 58.2 percent to 41.8 percent, in the 2020 general election for District 23, which spans most of Broward and northern Miami-Dade counties. President Biden won the district by 20 points.

Schultz, 55, is seeking a 10th term while Spalding, 53, a registered nurse and military veteran who was born in Jamaica and is a staunch supporter of former President Donald Trump, is drawing support from Broward Republican elected ofﬁcials.

Spalding is trailing Schultz in fundraising, $1 million to $107,000. Backing the incumbent are major developers, the law ﬁrm of Greenberg Traurig, sugar cane growers and radiologist groups, with most of the campaign contributors from New York, Washington D.C., Virginia and South Florida.

Spalding ﬁrst attempted to gain a foothold in Congress in 2018 when she lost in the Republican primary to Joe Kaufman, who subsequently lost to Schultz.

Spalding beat Michael Kroske in the 2020 Republican primary, setting up the ﬁrst showdown with Schultz.

With the two favored over their primary opponents this month, Schultz and Spalding appear headed for another faceoff in November.

Schultz has served as chair of the Democratic National Committee, fought for gun control and laws to ﬁght hate crimes in America, and vocally defended her party against suggestions Democrats are anti-Israel.

Spalding’s political ambitions were almost derailed by her comments during a 2018 Americans For Trump Broward event, when she indicated she wasn’t old and White like her two Republican primary opponents, Kaufman, who’s White and Carlos Reyes who’s Hispanic.

“They are not going to vote for an old White man in certain communities. That’s a fact," she said. “It doesn’t matter. I don’t care what you say.”

According to reports, fellow Republicans suggested her comments were repugnant, and people at the event called her remarks racist. Spalding took to Facebook to defend her comments after the backlash.

“Perhaps I wasn’t politically correct in explaining why he isn’t a viable candidate," she wrote. “But it’s still the truth. Reyes isn’t going to be relatable in our urban areas in the General Election. I assumed you were looking beyond the primary. We need to be able to reach all of the people in our diverse district. I can. We need to be focused on helping our President by winning seats. Not playing PC word games like the snowflakes.”