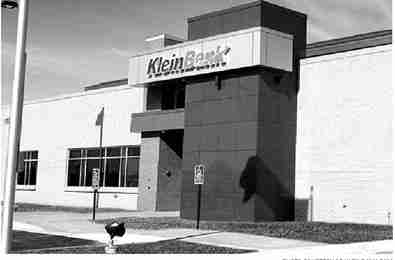 MINNEAPOLIS – The U.S. Department of Justice has sued a Minnesota bank for allegedly engaging in mortgage lending practices that discriminate against minorities. The bank disputed the claim Monday, saying the lawsuit is not based on fact.

In a lawsuit filed Friday, the department said KleinBank engaged in “redlining,” a practice in which banks deny or avoid providing credit services to consumers because of racial demographics or because of the neighborhood where they live.

Doug Hile, the bank’s president and chief executive, said the government’s claim “has absolutely no basis in fact. To the contrary, KleinBank has an established history of responding to all credit requests with a commitment to fairness and equal opportunity. This history is undisputed.” In the lawsuit, the federal government alleges KleinBank violated the Fair Housing Act and Equal Credit Opportunity Act. It says that from 2010 to at least 2015, KleinBank structured its home mortgage lending business to avoid serving neighborhoods where a majority of residents are racial and ethnic minorities.

The lawsuit says the bank’s service area is in a horseshoe shape that carves out the urban areas of Minneapolis and St. Paul, which have higher minority populations, and targeted its marketing and advertising solely toward white neighborhoods.

KleinBank is based in Chaska, a southwestern Minneapolis suburb, and its website says it has 21 branches in suburbs west of Minneapolis and St. Paul and in western Minnesota. Census data shows those areas are predominantly white.

“Minneapolis and St. Paul are not part of KleinBank’s market, and we have virtually no business there,” Hile said. He said the Twin Cities are highly competitive markets that are already served by well-established financial institutions, and the government’s claim that KleinBank had a proactive duty to expand into those areas amounts to “a baseless and unprecedented reach by the government.”

Vanita Gupta, principal deputy assistant attorney general and head of the federal agency’s Civil Rights Division, said in a statement that redlining produces an unequal playing field for borrowers in neighborhoods where minorities are the majority.

Hile said KleinBank has been cooperating with a DOJ inquiry about its lending practices for over a year.