“SCANDAL” lands on THE BOUNCE NETWORK 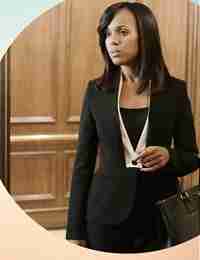 Bounce has licensed the broadcast television rights to the Peabody and Emmy award-winning series “Scandal” in a multi-year agreement with Walt Disney Direct-to-Consumer & International. Bounce lands all seven seasons and 125 episodes of Scandal and will air the popular series Monday – Friday nights at 8:00 p.m. ET beginning Nov. 12.

“Scandal” stars Kerry Washington as Olivia Pope, a former White House communications director who helms a prominent D.C. crisis management firm. She and her team of powerful lawyers make scandals disappear while handling government crises and coping with problems of their own. Pope is also romantically involved with the president of the United States, Fitzgerald Thomas Grant III,

“Scandal is Bounce’s most-significant off-network series acquisition to date,” said Bounce General Manager Cheryle Harrison. “It is a smash hit that featured a powerful and complex black female lead in a broad-based drama designed for the masses. We are thrilled to add this iconic series to our programming slate.”

“Scandal” became a cultural phenomenon after it debuted on ABC in 2012. It was one of the most talked about shows on television across its seven-season run, scoring high ratings and critical praise. The series also helped propel the “livetweeting” trend with a highly-engaged cast and crew who tweeted along with each episode.