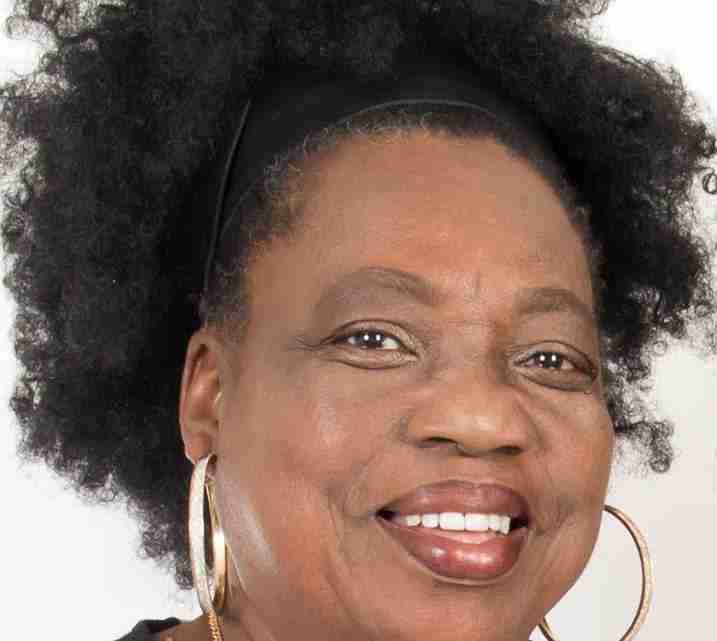 However, what you might not know is Richardson’s delicious food is just a small portion of her life’s legacy.

Affectionately known as everyone’s Grandma, the 75 year-old matriarch has spent her life raising communities of kids, taking care of the elderly and leading people to Christ.

At the center of it all: her service.

Despite having eight children of her own and tons of grand and great-grandchildren, Richardson thinks it is her duty to help others, especially youth.

“All of my children’s friends call me Mom like my kids because I love all children and whenever they come to my house I’m going to feed them. If they get stranded somewhere and need a ride I’ll go pick them up and I’ve always done things for other kids other than my own,” Richardson said.

Though Richardson was born in Miami’s Perrine neighborhood, she spent her early childhood years in Georgia. Her grandmother raised her, along with her sisters and cousins, until they were of school age. Then each returned to their parents’ homes in various cities like New Jersey, Philadelphia and, for Richardson and her sisters, Miami.

“I was 6, maybe 7 years-old when we came back to Miami and when we got here this was a different world. It was a major change,” Richardson said.

But the women in Richardson’s life instilled the tools she needed to adapt and live a life of service. She recalled being taught from an early age that communities raised children better than isolated individuals.

“I learned a long time ago from my grandmother and my mom, they always said it takes a village to raise one child. It’s everybody’s responsibility,” Richardson said. “If you see a child going wrong, you’re supposed to correct that child because the parents cannot always be there.”

Richardson grew up embodying the old African proverb. As a woman of great faith, she took her kids, and everyone else’s, to church.

Reading the Bible and learning scripture was not optional.

“My house was the go-to place for all the kids afterschool. I took them all to church on Sundays. My car would be packed down. Everybody’s kids would go to church,” Richardson said.

She also didn’t spare the rod of discipline when young people stepped out of line.

“If they got in trouble in school along with my children, when I went to the school, everybody got a spanking, not just my children, but everybody that was involved. I was like the mother of all the kids,”

Richardson would throw block parties every weekend for youth in Carol City (now Miami Gardens) in the 1970s and 1980s with DJs on both ends of the street to provide youth with a safe haven to have fun.

“The police would block off the streets for me. The neighbors would cooperate and the kids would come and they were actually enjoying themselves and staying out of trouble,” Richardson said.

It was also not uncommon for Richardson to plan and cater weddings, funerals and other sentimental traditions when families couldn’t afford to.

“When people are in need, I help. … When everybody’s happy, that made me happy,”

What makes Richardson’s life of service even more amazing is the fact that she accomplished all of these feats as a hard-working, single mother after she and her husband divorced.

According to her granddaughter, Ernisha Randolph, she would catch the bus from Miami Gardens to Perrine every day to go to work as a social worker and senior center director for the Dade County Community Action Agency (CAA). She did this for 40 years until she retired.

“Before there was a Juanita’s Kitchen business, Grandma Juanita was the neighborhood mom feeding, disciplining and looking after everyone’s kids. She fought for the head start program to come to Miami and then began working in the program after they successfully won,” Randolph said. “She was so effective at her job that the Mayor gave her a proclamation and named a Juanita Richardson Day in honor of her service.”

“Everyone knows and loves Juanita’s Kitchen but not everyone knows the backstory and why our company is so blessed,” Randolph said. “She (Richardson) gave her all and we’re reaping her blessings from seeds she’s sown over the years.”

Antonetta Cobbs, 44, said Richardson is her only daughter’s grandmother and echoed Randolph’s sentiment.

“I have never met a more caring person in my life, She would do anything for anyone especially her grandkids,” Cobbs said. “She’s such a hard worker and wants the best for her family. She helps and will be there for everyone that needs it. This is extremely admirable and I love her for it.”

These days Richardson spends her time at the Betty T. Ferguson Senior Center relaxing, having lunch with friends, shopping and participating in other forms of recreation and entertainment.

But she will never retire from serving the Lord, training youth and helping others.

She advises that mothers today implement some of the ‘old-school’ traditions that past generations used to raise their children effectively.

“Mothers you’ve got to train your own child from an early age. Begin to speak to that baby before that baby begins to speak back. Pray for that baby … pray over every decision you have to make … and ask God to bless them,”

She cautions young people to be respectful and not be followers who make bad decisions just because their peers do.

She is grateful for the opportunity to make an impact in the lives of others.

“The Lord has blessed me is such ways I can’t even explain. … God has played the lead role in my life because I’ve always asked God to go before me,” Richardson said. “I’m an old fashioned saint. I believe in fasting. I believe in praying. I thank God every time I meet up with someone and they say hey Grandma and … they’re doing good. I’m just one of the ones along the way that God has planted in their lives to help them grow into the person that God has desired that they be.”