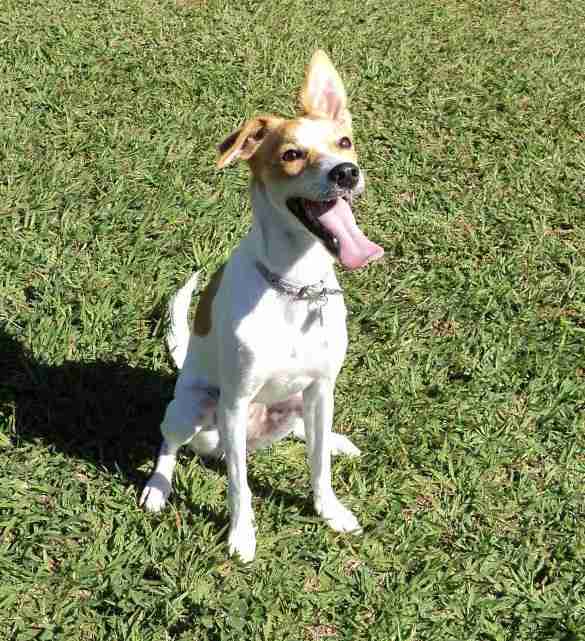 BRADENTON, Fla. (AP) – Dogs are known for their extraordinary smelling skills, but can a canine sniff out the tiny volatile organic compounds that are released by early cancer cells? It’s a relatively new theory but one that is taking hold quickly and what some believe contains more than a 95-percent accuracy rate.

Manatee County firefighter and Manatee Technical College fire instructor Willie Cirone believes in it and through the college, which sponsored an event this week, hopes to save lives in a firefighting community that carries one of the highest cancer rates due to consistent exposure to various toxic chemicals in the midst of battling blazes.

Cirone was helping battle one of California’s worse fire seasons over the summer and heard about the rising new science. He returned to Manatee County and did some research, coming across Canada-based CancerDogs Inc. However, there were no dogs on site for this week’s screening, which surprised Parrish firefighter Mike Riccardi.

“I thought there would be dogs here and they would just circle our bodies to see if they smell anything,” Riccardi said. “This is the first time I’m hearing about this, and it sounded interesting.”

The 13-year firefighting veteran is aware of the risks associated with his job.

“But it’s just something you try to put out of your mind,” Riccardi said. “This is the first time in 13 years I’m getting screened. If they offer it again next year, I’ll keep doing it because you can’t beat it for $20.”

The process is fairly simple. Firefighters taking advantage of the event put on a mask for up to eight minutes that collects a “breath sample.” The mask absorbs any potential cancer compounds being released through breathing, and the dogs do the rest. The samples are packaged and shipped to the company, which places them under circular cutouts. The dogs stick their noses into the cutouts above the samples and, if cancer is detected, stop and place their paw on top.

Cirone will be notified only for the samples that the dogs reacted to, and each sample is tested multiple times by multiple dogs to increase the accuracy rate. Debra Barber is married to a firefighter with North River Fire District, which will send its entire department to the screening. The program was open to firefighters and their families, so Barber took advantage of the screening, as well.

“I wanted to show support, but I also wanted to do what I can to help promote this program because everybody should get screened,” she said. “My first reaction to what I learned about the process is that it’s pretty cool. Dogs can detect so much from bomb-sniffing dogs to sensing PTSD. I love it when the world around us brings humans and animals together to help each other.”

The medical field isn’t exactly on board just yet. “It’s hard to get people to buy into this right now,” Cirone said. But that is changing.

BioScent DX Inc. started up in Myakka City in 2015 and has grown its research to the point where the Lake Erie College of Osteopathic Medicine in Lakewood Ranch is paying attention. LECOM students and staff visited the Myakka City facility in early February, which uses beagles to detect specific cancers. LECOM will offer volunteer and assistance in a joint research project and conduct clinical trials. Over the past two years, in particular, the cancer-sniffing potential of canines has spread across the country.

Companies and organizations are cropping up all over the United States and the newest canine connections to saving human lives are making headlines in major publications and across broadcast networks. Barber said that can only be a good thing.

“Early detection is everything,” Barber said. “The more tools in place and the more opportunity to undergo screening, the better. It’s about saving lives.”