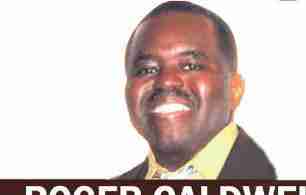 The Black vote matters and your vote is your voice.

As President-elect Joe Biden and Vice President-elect Kamala Harris accept, and assume responsibility to lead the United States for the next four years, it is time to pray. Covid-19 has terrorized America for the past nine months, and over 100,000 citizens on a daily basis are being infected Saturday, Nov. 07, 2020 was a great and amazing day, because the Biden/Harris team was awarded the formal certiﬁcation of winning 270 Electoral College votes, to win the election. It took ﬁve days to receive the certiﬁcation from the different states. It appears that President Trump will not concede that his team has lost. There is no congratulatory phone call as yet, from the loser, and the current president is challenging the results in around 7 states.

This ﬁght could last for the next 60 days, but the American people have spoken. Over 74 million Americans have spoken, and chose Biden and Harris to lead the United States for the next four years, and the country is celebrating.

“So today, we celebrate. We celebrate not just the end of an incompetent and compassionless presidency, but the beginning of a better one – a presidency grounded in the values of inclusion and opportunity for all. A presidency that believes health care is a right, diversity is strength, and our economy should work for everyone,” says DNC Chairman Tom Perez.

This week has been an emotional rollercoaster for millions of Americans, because the numbers were tight. Many thought this would be a land slide election, but over 70 million voted for Trump, and the president is correct in asking for a recount in certain states. This was a historic election with the largest turn out of voters in the history of any presidential election.

“The DNC (Democratic National Conference) was proud to support their efforts by building the strongest infrastructure for a party nominee in our history. From the moment I took over the DNC in 2017, we began laying the groundwork to take back the White House. We engaged the grassroots and shattered fundraising records; we invested early and organized everywhere, we marched, and we tried to give a voice to the voiceless,” says Tom Perez.

This was a bold and historic election, when President-elect Joe Biden picked Sen. Kamala Harris, to be the ﬁrst woman, and ﬁrst person of color to be elected vice president of the United States.

Integrity and hope were two words that ignited a seamless campaign, where everything came together which built a powerful movement to the White House. There were very few mistakes, and a woman, Jen O’Malley-Dillon was the campaign manager. She took a small local organization, and in three months built a well oiled national machine, which won the 2020 presidential campaign. This was done during the most dangerous pandemic in a century, and very few team members were infected with the virus.

The key to the success in this campaign started in South Carolina with Congressman Jim Clyburn, and the Black community. President-Elect Joe Biden had been losing and on Feb. 28, 2020, Clyburn’s endorsement changed the trajectory of the race, and a month later Biden received the nomination. Black votes win elections, and Biden acknowledges that the Black vote in South Carolina helped him win the nomination, and eventually the presidency.

The Black vote going forward will be a key element for the Democratic candidates to win in local, state, and federal elections. It is essential for Black people to build coalitions, and focus our vote as our voice. Stacey Abrams and her team in Georgia registered over 800,000 new voters around the country.

Voting is powerful, and the Black vote matters. Don’t let anyone tell you differently. Let your vote be your voice, it will be heard.